"We proposed a diplomatic boycott – I think that’s best thing we can do alongside our allies to show pressure," Canada's Conservative Leader Erin O’Toole said 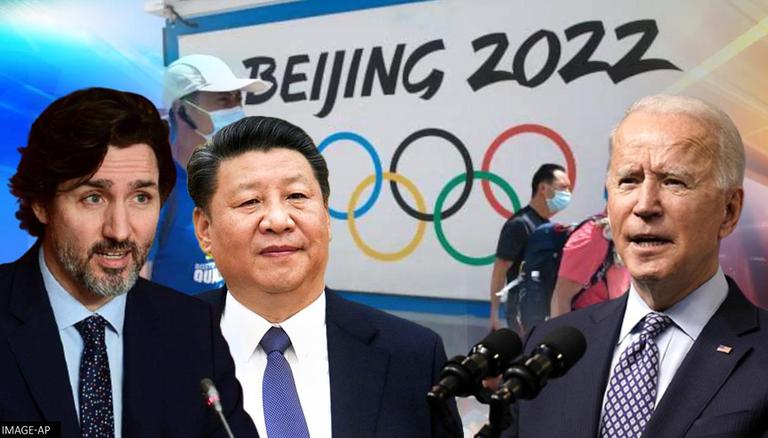 Christelle Chartrand, a spokesperson for Global Affairs Canada said in a statement to CTV: “Canada remains deeply disturbed by the troubling reports of human rights violations in China. We were notified of the US decision and we will continue to discuss this matter with our partners and allies."

Earlier yesterday, Conservative Leader Erin O’Toole also reportedly said that Canada has been he’s been consulting with domestic and international Olympic committee officials to take a middleground to displaying Canada’s “profound displeasure” with China’s conduct, while also respecting the right of athletes to compete in the upcoming 2022 Beijing Olympics games.

“We’ve been proposing moving the games, there wasn’t any interest by the Trudeau government in that. We proposed a diplomatic boycott – I think that’s the best thing we can do alongside our allies to show pressure but not to make the athletes pay the price for the conduct in Beijing,” CTV quoted Conservative Leader Erin O’Toole as saying.

White House press secretary Jen Psaki on Monday announced that the Biden administration officials will not be in attendance for the games to protest the human rights abuses by the Chinese President' Xi Jinping's communist regime on the ehtnic minority Uyghurs. "Athletes will be participating, we will be rooting for the athletes from home, this is just an indication that it cannot be business as usual, that not sending a diplomatic delegation sends that message,” White House Press Secretary Psaki said.

Responding to Canada's position on a boycott, Syrine Khoury, press secretary to Foreign Affairs Minister Melanie Joly in a statement to CTV had said, "Canada remains deeply disturbed by the troubling reports of human rights violations in China and will continue to discuss this matter with our closest partners."

Meanwhile, appearing to take a stance with its neighbouring ally US, Canadian Prime Minister Justin Trudeau said in a press address, "There are an awful lot of athletes in Canada and around the world who have been training, focused on this very, very much." He then added,  "We're looking for a way to both be able to see them show their capacities and fulfil all the hard work that they've done for many years, while continuing to demonstrate our real concerns with the way the Chinese government has behaved."

Prior to the United States' official announcement, the UK also joined calls of diplomatic boycott of Beijing’s Winter Olympics as it lodged a protest against China’s record on human rights abuses. UK’s Foreign Minister Liz Truss informed a news briefing that Britain was in “active discussion” with other lawmakers in favour of the boycott of the games to be held in China in February 2022. British ministers from Prime Minister Boris Johnson's administration would not attend the Games, although some of the UK diplomats to China will, UK’s leading newspaper The Times reported. As many as five Conservative politicians have already written to PM Boris Johnson to ban any official UK diplomatic representation at the Winter Olympics in Beijing.