'China Does Not Need To Use Force': Vladimir Putin On Taiwan 'reunification'

China does not need to “use force” in order to achieve its desired “reunification” with Taiwan, Russian President Vladimir Putin told media reporters. 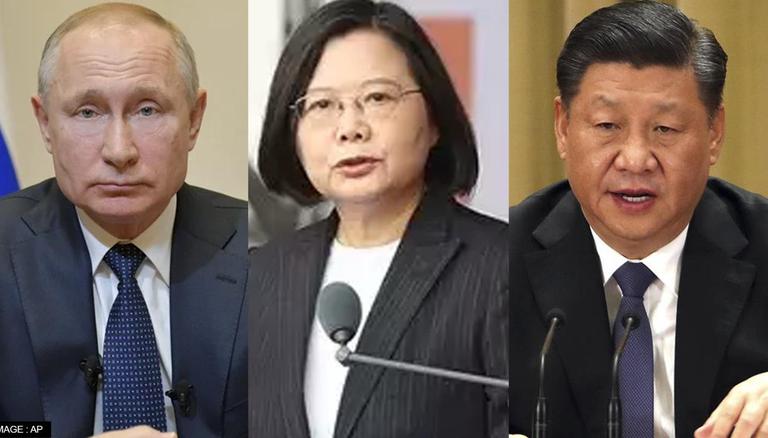 
China does not need to “use force” in order to achieve its desired “reunification” with Taiwan, Russian President Vladimir Putin told reporters as the status quo in the Indo-pacific continues to swing in Beijing’s favour. Putin’s remarks came days after Chinese President Xi Jinping vowed to bring the democratic island under his rule using “peaceful” means. Speaking to CNBC at Energy Conference, Putin backed his ally’s stance touting the possibility of a “peaceful unification.”

On Wednesday, the Russian leader reckoned that Beijing does not need to use force to take over Taiwan, it can do it using economic means. “China is a huge powerful economy, and in terms of purchasing parity, China is the economy number one in the world ahead of the United States now,” he told CNBC. As per the Russian leader, China, with its growing economic potential, was capable of implementing its national objectives.

In recent weeks, the People’s Liberation Army (PLA) has increased its incursions into Taiwanese territory. In September, as many as 39 Chinese military jets flew into Taiwan’s air defence zones, marking Beijing’s latest attempt at intimidating Taipei to surrender, as reported by BBC. However, on October 10, the democratic island’s President Tsai Ing-wen clarified that Taiwan was not going to bow to Chinese pressure and was continuing to bolster its defence to tackle its adversary. "Taiwan is no longer seen as the orphan of Asia but as an island of resilience. Our military’s dedication to protecting our nation and our understanding of why we fight is rooted in that conviction, passed down through generation after generation," she said as per a report by ANI.

China claims sovereign rights over the Pacific island located roughly 100 miles from its coast and has been using different ways to make its democratically elected government surrender. Speaking at the celebrations marking the 100th anniversary of the Chinese Communist Party (CCP) on 1 July, President Xi Jinping vowed for complete reunification of the motherland, fuelling fears of a possible annexation of the pacific island by Beijing. Taipei, on the other hand, has reiterated that it was an independent entity.