China Ready To Assist Kazakhstan Within Its Capabilities, Calls Both Nations 'friends' 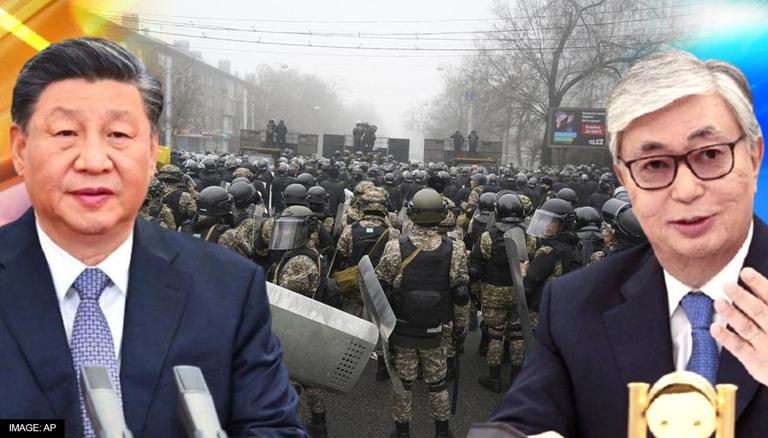 
China on Tuesday asserted that it is ready to offer assistance to Kazakhstan within its capabilities to the Central Asian country's requests. According to Sputnik, the Chinese Foreign Ministry said that “China and Kazakhstan are friendly neighbours and permanent strategic partners. China maintains close cooperation with Kazakhstan and will provide assistance in accordance with the requests of the Kazakh party and within its capabilities.”

The ministry also noted that Beijing adheres to a constructive approach regarding the measures that facilitate pacification, economic development and improving the living standards of Kazakh citizens, as per the report. However, the Chinese Foreign Ministry did not clarify what kind of assistance will Beijing offer to Kazakhstan, which recently witnessed massive unrest followed by protests over the fuel price hikes.

Only last week, following the upheaval in Kazakhstan, Chinese President Xi Jinping sent a verbal message of support to Kazakh President Kassym-Jomart Tokayev. Additionally, during a press conference on Monday, Chinese Foreign Ministry spokesperson Wang Wenbin said that Beijing was willing to work with Kazakhstan to implement the “heads of state's important political consensus and do their best to provide necessary support and assistance to Kazakhstan”.

Meanwhile, Tokayev has said that the withdrawal of peacekeeping troops deployed by the Russian-led alliance Collective Security Treaty Organization (CSTO) would begin in two days. The CSTO forces were sent to Kazakhstan to restore order as the country was engulfed in unrest triggered by protests against the two-fold increase in fuel prices. According to Sputnik, Tokayev said that it would not take more than 10 days for the CSTO forces to leave the Central Asian state.

Earlier this month, a wave of demonstrations swept across Kazakhstan following the hike in gas prices. However, the Kazakh authorities said that the protests were hijacked by ‘terrorist’ elements seeking to topple statehood. In the wake of the unrest, Tokayev had declared a nationwide state of emergency which was effective until 19 January.