The Chinese Foreign Ministry urged NATO to cease spreading misleading information about Beijing and to avoid attempting to start a new Cold War. 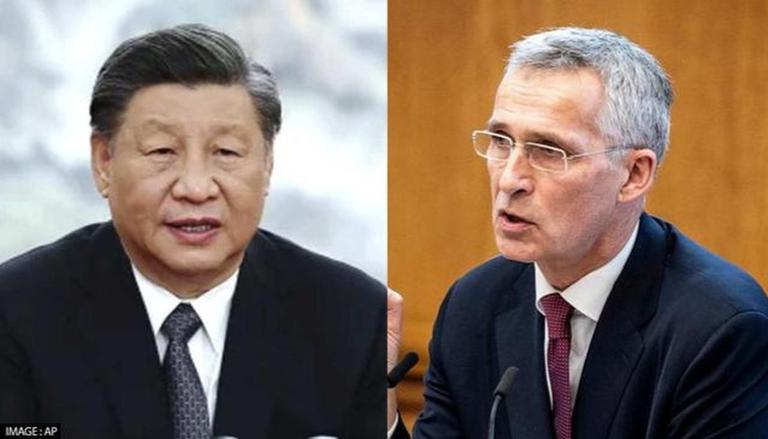 "We are calling on NATO to stop drawing ideological lines, spreading false reports or making provocative statements about China, and to end attempts to unleash a new cold war," Wenbin told reporters at a regular press briefing on Thursday.

The Chinese spokesperson further claimed that NATO was a product of the Cold War. Wenbin added that it was originally the world's largest military alliance led by the US, however, it has since expanded to include the Asian-Pacific region to demonstrate its might. "These moves are very dangerous and would certainly provoke caution and resolute opposition from Asia-Pacific countries and the entire world," Wenbin added.  He also asserted that NATO shouldn't try to further destabilise Asia or the rest of the world as it has already 'messed up Europe.'

Madrid summit would be "transformative" for Euro-Atlantic security: Stoltenberg

Meanwhile, according to NATO Secretary-General Jens Stoltenberg, the alliance is expected to adopt a new strategic concept at its Madrid summit, scheduled to be held from June 28 to 30. He stated that the concept would identify Russia as the "most significant and immediate threat" to the alliance's security.

Also, the new concept, for the first time, will address China and the challenges it poses to our interests, security and values," Stoltenberg added. The NATO chief also claimed that the forthcoming summit in Madrid would be "transformative" for Euro-Atlantic security. Stoltenberg asserted that it will be so because it would improve the military alliance's long-term defence and deterrence posture in order to meet the challenges of a "more perilous world."

The North Atlantic Treaty Organization is a 30-member intergovernmental military alliance. The organisation was established in the aftermath of World War II to implement the North Atlantic Treaty, which was signed on 4 April 1949. The alliance is a collective security arrangement in which NATO's independent member states commit to defending each other in the event of an external attack. Since the end of the Cold War, the alliance has been involved in military operations in the Balkans, the Middle East, South Asia, and Africa, among other places.