Former Vice Chairman of NITI Aayog Arvind Panagariya said that China's investment in Sri Lanka is a part of the ongoing crisis faced by the island country. 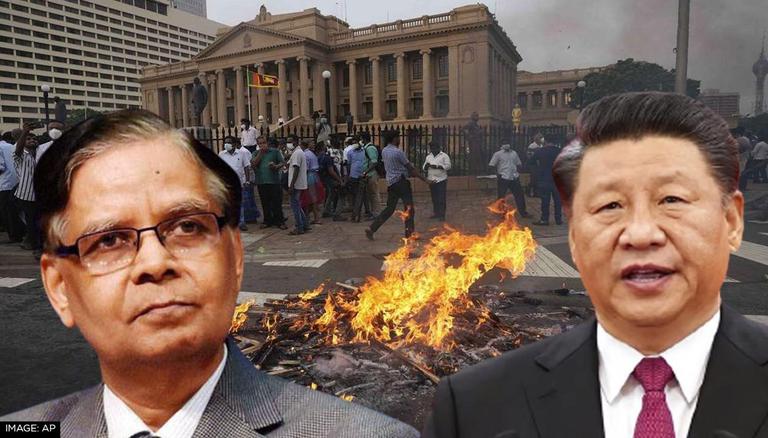 
Former Vice Chairman of NITI Aayog (National Institution for Transforming India), Arvind Panagariya on Thursday asserted that China's investment in Sri Lanka is a part of the ongoing crisis faced by the island country, but it's not the principal cause of the problem.

Speaking to ANI on the Sri Lankan crisis, Arvind Panagariya said, "China’s operations are not always transparent. As a result, countries certainly have suffered. Two examples are in our own neighbourhood, i.e. both Pakistan and Sri Lanka. China’s investment in Sri Lanka is a part of the Sri Lankan crisis, but it’s not the sole or the principal cause of the problem."

Adding further Panagariya said, "Crisis in Sri Lanka happened due to its policies in the last 10 years. Sri Lanka went out on a borrowing spree and the foreign debt almost doubled in relation to the size of the economy. It is a very large foreign debt. A lot of this debt was borrowed from a private market by the Sri Lankan government. Also, it seems that whatever was borrowed was not reused very prudently."

Scope for recovery in Sri Lanka is good

The ex-NITI vice chairman asserted that per capita income in Sri Lanka is more than that of India and exuded hopes for Sri Lankan economic recovery.

"Per capita in Sri Lanka is somewhere between one and a half to two times India’s per capita income. So, in this sense, Sri Lanka somewhat has a richer economy and the scope for recovery is good. I still remain optimistic that once they have a stable government put in place, the situation will begin to change for the better," he told ANI.

Pakistan should take lessons from SL

Furthermore, Panagariya claimed that although Pakistan's troubles are not quite as serious as those in Sri Lanka, the Pakistani currency has dropped very sharply as well. He said that Pakistan is also experiencing issues with foreign exchange and finds it challenging to obtain foreign exchange from many countries.

Notably, the island country is saving the worst economic crisis since 1948. Last month, former Prime Minister and now caretaker President Ranil Wickremesinghe said that the country’s economy had collapsed. The government's negotiations with the IMF have been complex as it has now entered negotiations as a bankrupt state.