This came after the authorities sent multiple notices to the pro-democracy group to take down their social media content in order to comply with law and order. 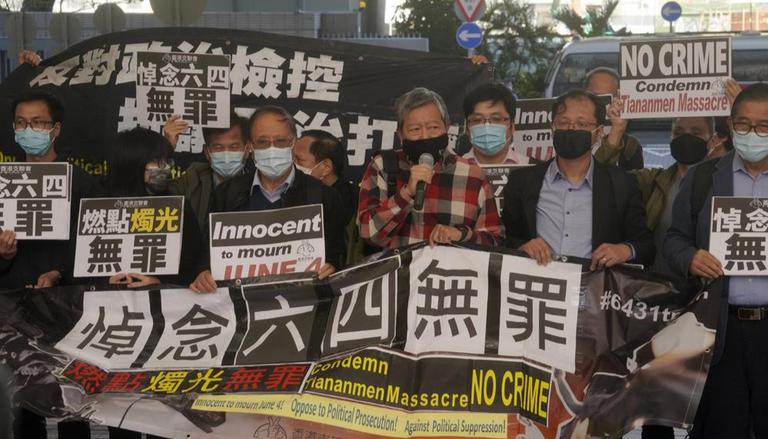 
Following a notice from the police authorities to take down their posts, a prominent pro-democracy group from Hong Kong deleted its publications from the internet, reported Kyodo News on Saturday. According to the media reports, this came after the Chinese authorities sent multiple notices to the pro-democracy group to take down their social media content in order to comply with law and order.

Further, the reports claimed that the association has deleted content such as the pictures of the 1989 Tiananmen Square protests and massacre. Also, the group reportedly deleted its social media accounts from Facebook, Instagram, Twitter and YouTube after the authorities forced them to delete a number of posts, reported news agency based in Minato, Tokyo.

It is worth mentioning that this development is the latest example of China's crackdown on pro-democratic entities in Hong Kong. Earlier on September 15, at least nine activists and ex-lawmakers were handed jail sentences of up to 10 months. According to China, they were involved in the last year’s banned Tiananmen Square candlelight vigil, which is considered as the latest blow in an ongoing crackdown on dissent in the city.

Last year, police banned the annual vigil for the first time in three decades, citing public health risks due to the coronavirus pandemic. Critics believe the ban is a part of the crackdown on opposition in the semi-autonomous Chinese territory following months of anti-government protests in 2019.

Apart from sentencing nine lawmakers and activists, four other members of the pro-democracy group were also arrested by the police. They were also charged with the same clause - "refusing to comply with a police demand to hand in certain information about the group."

As China has strengthened control over Hong Kong through varieties of laws including the draconian National Security Law, the people of the semi-autonomous city are facing increasing policing and crackdown. Notably, most of Hong Kong's opposition lawmakers are either in jail or have fled since the national security law crackdown began.

(With inputs from ANI, AP)