Governor created a stir as Bolsonaro had earlier said that Health Ministry will make COVID-19 vaccines available to Brazilians "without making it mandatory."

On October 16, the São Paulo Governor, Brazil said that he would make the COVID-19 vaccination mandatory throughout Brazil’s most populous state if approved by the National Health Surveillance Agency Anvisa in a state-run press conference. The comments quickly created a stir as the country's president Jair Bolsonaro had earlier said on social media that the Health Ministry will make immunization available to residents "without making it mandatory."

João Doria said that it was appropriate to make immunization obligatory and that he will vaccinate all of the state’s 46 million population as he criticized President Jair Bolsonaro’s statements earlier, according to sources of state daily Rio Times. Addressing the reporters, the governor said that the only individuals that can exempt from the effective vaccination in his state would be those with a medical certificate. Further, he thanked the accord between China’s Sinovac Biotech and Instituto Butantan, a Brazilian biologic research center located in Butantã affiliated with the Sao Paulo state health department. Distribution of the coronavirus vaccine will be free of charge, Doria said, adding, the state already has 60 million doses and aims to achieve 100 million. 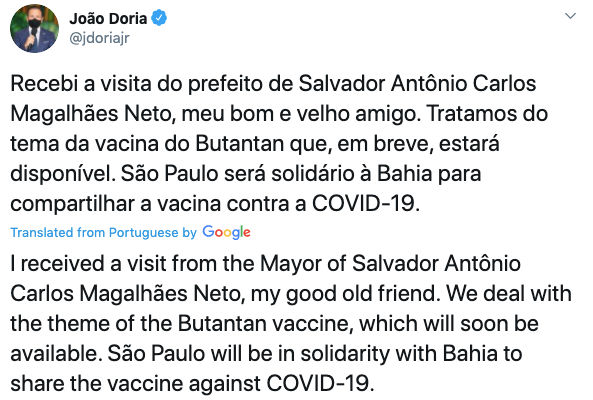 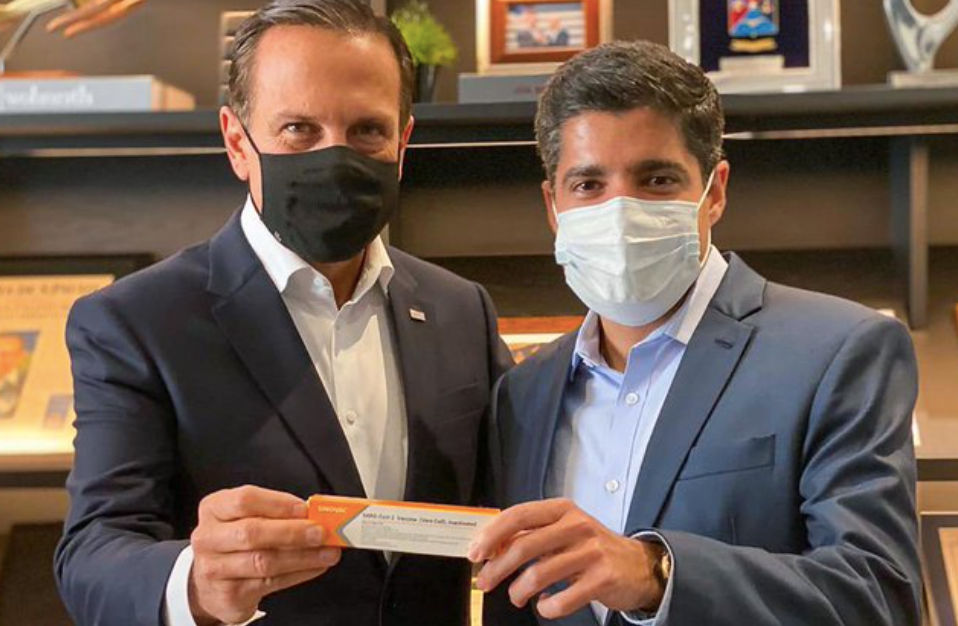 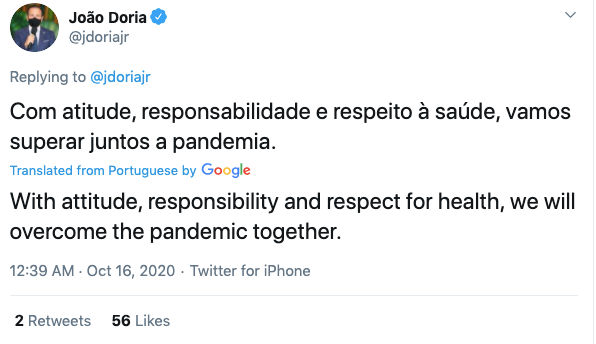 Read: WHO's Study Finds 4 Repurposed Drugs That Have No Effect On COVID-19 Mortality Rate

While Sinovac’s CoronaVac was in phase III clinical human trial in Brazil, the 62-year-old politician challenged Bolsonaro with a declaration of the new vaccination rule in the state capital. Furthermore, Doria attacked Bolsonaro’s handling of the pandemic who had often downplayed the virus as “little flu” despite the nation’s 153,229 fatalities from the malignant pathogen, and mounting caseload of 5,201,570.

The far-right leader Bolsonaro has often flouted health safety guidelines and been spotted jet skiing amid lockdown, telling the state-run press that “we all die someday". Doria has had heated confrontation with Brazil’s President over his lackadaisical approach to the pandemic as he said that Brazil suffered from ‘Bolsonaro-virus’. “We’re fighting against the coronavirus and against the ‘Bolsonaro-virus,’” Doria said in an interview with The Associated Press, adding, the president has always adopted “incorrect, irresponsible positions.”

Read: COVID-19: Pfizer 'will Apply For Emergency Authorization Use' Of Vaccine After US Polls