As India battles the unprecedented health crisis of COVID-19, global help in the form of oxygen supplies, ventilators, raw material for vaccines is pouring in 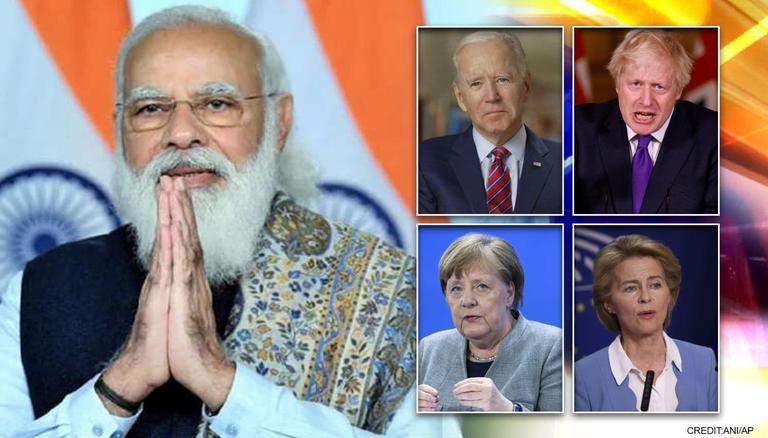 As India battles the unprecedented health crisis as the COVID-19 second wave grips the country, global support in the form of oxygen supplies, ventilators, raw material for vaccines, PPE kits and oxygen concentrators have started pouring in. On Sunday, the United States agreed to send essential raw materials to India required for manufacturing anti-Coronavirus vaccines.

US National Security Advisor Jake Sullivan dialled his India counterpart Ajit Doval and offered to send resources to the Serum Institute of India (SII) to scale up the production of the Covishield vaccine.

The United States had earlier turned away from supplying raw material to the Pune-based manufacturer as President Joe Biden had been following the policy to vaccinate Americans first. After making repeated requests to lift the embargo on the export of raw materials, External Affairs Minister S Jaishankar also took up the issue during his recent talks with his US counterpart Antony Blinken.

India has been reeling under the deadly second wave of COVID-19, logging in over 3 lakh cases daily, which is the highest in the world. The country recorded 3,49,691 new COVID-19 cases on Sunday, the highest single-day spike since the onset of the pandemic. 2,767 people have died due to the disease in the last 24 hours.

READ | EU to respond rapidly to India's request for help

Meanwhile, UK Prime Minister Boris Johnson announced on Sunday that "vital medical equipment, including hundreds of oxygen concentrators and ventilators, is being supplied to India to support efforts to prevent the tragic loss of life from this terrible virus." Shipment is expected to reach India by Tuesday. Johnson recently cancelled his India visit due to a surge in coronavirus infections.

France has offered to send a ‘significant’ amount of oxygen respiratory equipment to India in the coming days to help the country deal with the COVID-19 crisis there. The assistance will also include ventilators, the office of French President Emmanuel Macron said on Sunday.

READ | 'France is with you': Macron sends 'message of solidarity' to India amid COVID-19 crisis

Macron also sent a message of solidarity to India facing a resurgence of COVID-19 cases. "France is with you in this struggle, which spares no one. We stand ready to provide our support," the President assured.

German Chancellor Angela Merkel also lend her support to India amid the health crisis. Merkel said on Sunday that her government was preparing emergency aid for India as the country grapples with a devastating surge in COVID-19 cases.

"To the people of India, I want to express my sympathy for the terrible suffering that COVID-19 has again brought over your communities," Merkel said in a message shared on Twitter by her spokesman Steffen Seibert.

Besides, European Union (EU) has also agreed to support India. The European Commission activated its EU Civil Protection Mechanism and is seeking to supply oxygen and medicine to India after receiving a request from New Delhi.

"Alarmed by the epidemiological situation in India. We are ready to support," Commission President Ursula von der Leyen wrote on Twitter on Sunday.

"The EU executive is already coordinating with EU countries that are ready to provide urgently needed oxygen and medicine rapidly," European Commission for humanitarian aid Janez Lenarcic wrote on Twitter.