China isn't just the kick-off point of the current Covid-19 scourge; it has the unique record of being the first known site of any deadly prehistoric pestilence 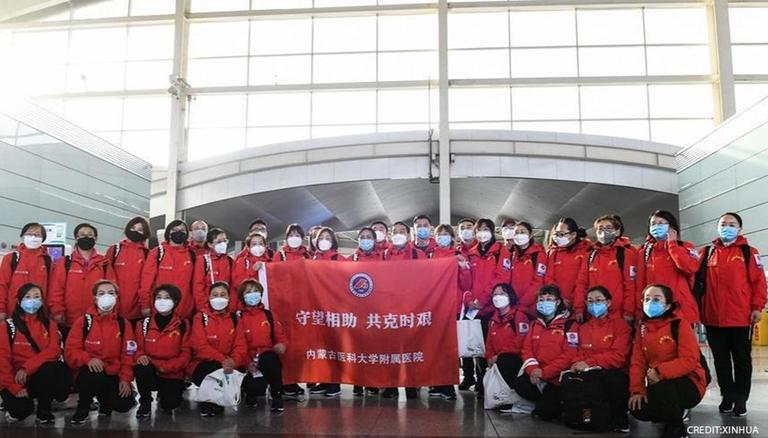 Irony dies a thousand deaths when those who forget history are condemned to repeat it.

Last Friday (March 21) the 8th batch of medical workers from Inner Mongolia boarded a Chinese Air Force plane and travelled 723 miles to fight the Coronavirus in Hubei. Wuhan, Hubei’s capital, is known to be the kick-off point of the global epidemic.

Epidemics have a habit – they plague periodically.

China is not just the kick-off point of the current Covid-19 scourge – it also has the unique record of being the first known site of any deadly prehistoric pestilence. Or possibly a couple of them. The prime and the oldest of these sites is the cute little 5000-year-old village of Hamin Mangha in Inner Mongolia – dead now for millenniums. But as we say in newsrooms, even the dead tell stories.

Inner Mongolia is a longish and largish autonomous zone of Northeast China. Between the winter of 2011 and the summer of 2015, archaeological excavations here led to the discovery of a peculiar Neolithic site – a tiny little prehistoric village of just 29 homes where 100 charred skeletons were found stuffed inside a 200 square feet hut.

How many residents could a 29-house village have? And if 100 of them died, how many were left?

The skeletons seemed to have been piled one on top of the other in a great hurry, reveals a 2018 archaeological paper on the site.

How did these people die? Anthropologists say, they seemed to have died of a lethal infection that spread so much fear that to stop the spread of the epidemic the villagers did not even care to bury their dead as was the practice. They incinerated the dead and left in a hurry never to return. And the village was buried in the sands of time – forsaken, isolated and uninhabited for eternity.

China’s Jilin University team which conducted the study of Hamin Mangha found all the skeletons heaped in the middle of the floor of the single room hut. Such was the fear of the epidemic that the villagers had set the entire hut with dead bodies on fire and the thatched roof of the hut had collapsed.

Researchers don’t know what the disease could have been – but most suggest that a disease that would have killed so many so quickly and led to such a ghastly mass cremation – would only have been a virulent infection.

A couple of other Neolithic sites in the region – but from different time-bands also indicate similar footprints of epidemics, mass burials and abandoned sites. The only thing common to all however is the Holocene Climate Optimum – Hamin Mangha epidemic seems to have taken place around the end of this warm climatic period on earth that lasted for over four millenniums.

We are in yet another period of Climate Change today and the world is again a warmer place than it should be. China, where the story of the Pandemic of our times began, has a warmer a ground average temperature than the global rate.

Is there a story that is repeating itself? Only Science and Time will tell.