The giant muntjac was captured on a hidden camera in northeast Cambodia's Virachey National Park in Ratanakiri province, said the Environment ministry official. 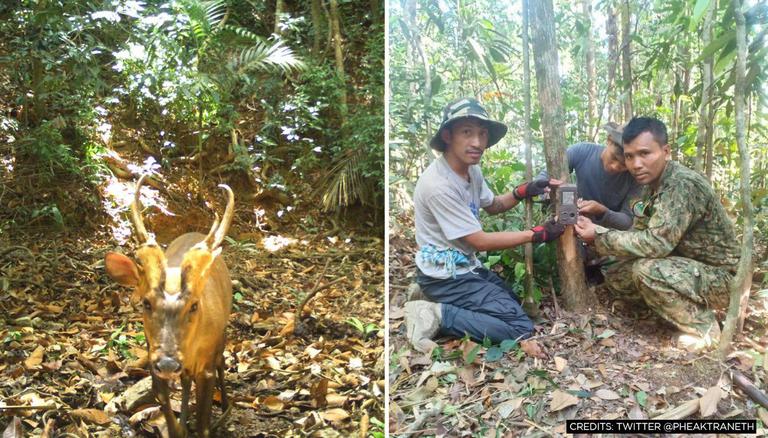 
A critically endangered rare barking deer has been spotted in Cambodia for the first time. The giant muntjac was captured on a hidden camera in northeast Cambodia's Virachey National Park in Ratanakiri province, said the  Environment ministry spokesman Neth Pheaktra. Pheaktra has shared the pictures of endangered species on his Twitter account.

Pheaktra said that the presence of animal was very valuable for conservation of biodiversity and the environment, reported Khmer Times. He thanked Environment ministry officials and the local community for working together to study wildlife in park. It is due to the better protection and conservation of natural resources that has helped in the presence of rare species being captured in Cambodia, reported Khmer Times.

Meanwhile, Cambodia has deployed its next generation of rat recruits to sniff out landmines and other unexploded ordnance (OXO). Amidst an effort to bolster demining operations, the Cambodian administration imported 25 African giant pouch rats from Tanzania and trained them to sniff out explosives. African or Gambian pouch rats have not only been used to detect land mines before but also for diseases like Tuberculosis. While Gambian rats have poor eyesight but are blessed with an exceptional sense of smell. These rats, which are reportedly easy to handle as they do not bite, could help the military’s demining process and help reduce the number of explosive accidents in the country. According to official records, Cambodia has the highest number of amputees in the world, a number pushed up by landmine explosions.