Auction Houses, namely, Sotheby's & rival Christie's have notably taken to accepting cryptocurrency as a bill of exchange, given the popularity sprouting in '21 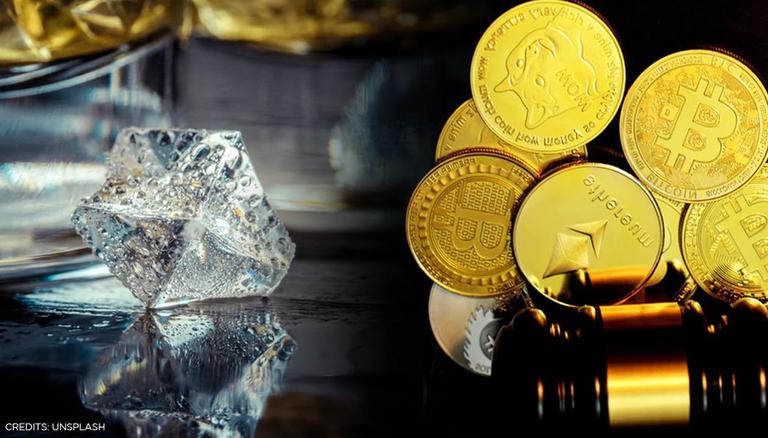 
In an interesting development, on July 9, a 101.38-carat diamond was sold at Sotheby's auction for more than $12.2 million in cryptocurrency marking the most expensive piece of jewellery to be ever peddled through crypto. The pear-shaped diamond, called The Key 10138 was sold in Hong Kong to an unidentified private collector, the 277-year old auction house said in a statement.

"This is truly a symbolic moment. The most ancient and emblematic denominator of value can now, for the first time, be purchased using humanity's newest universal currency," said Patti Wong, Chairman of Sotheby's Asia.

The gem is identified as one of only 10 diamonds that are more than 100 carats to ever come to auction. While the auction house said it would accept payment for the diamond in either Bitcoin or Ether, it was unclear which digital coin would purchase The Key 10138.

Interestingly, despite the record sale, the gem was sold for less than the upper limit value which was estimated at $15 million. The acceptance of cryptocurrency as a payment gateway is a first for the auction house and the transaction will be processed by Coinbase Commerce. Reportedly, the auction was live-streamed and not more than a dozen bids joined the session.

Earlier, Sotheby's informed it was the most expensive physical object ever publicly offered for purchase with cryptocurrency. Auction Houses, namely, Sotheby's and rival Christie's have notably taken to accepting cryptocurrency as a bill of exchange, especially in 2021, given the popularity of digital coins that sprouted. Albeit cryptocurrency being more frequently accepted by the trusted institutions such as Sotheby's as well as banks, the value of the digital tokens is still volatile.

"By introducing this innovative payment option to our luxury sale, we open up new possibilities and expand our reach into a whole new clientele, many of whom are from the digitally savvy generation," said Deputy Chairman of Sotheby's Asia.

Earlier in May, Sotheby's sold a Banksy piece for $12.9 million in crypto- the first instance of a work of physical art sold by a major auction house in exchange for cryptocurrency. While in March, Christie's made waves by selling a non-fungible token for the first time ever. The NFT, or one-of-a-kind, blockchain-based, digital artwork, sold for an unbelievable $69.3 million.

WE RECOMMEND
Cryptocurrency racket: MP SIT books 4 people for money laundering with Pak, China links
Israel says it's targeting Hamas' cryptocurrency accounts
Robinhood won big with Dogecoin but uncertainty looms over meme cryptocurrency's future
Botswana: 1,174-carat diamond unearthed from Karowe mine presented to President Masisi
What is Tiger King coin and why is its price soaring? Here's all you need to know