Indian-origin Parag Agrawal, who was announced as the new CEO of Twitter, is married to Vineeta Agarwala who is also a whiz just like him. 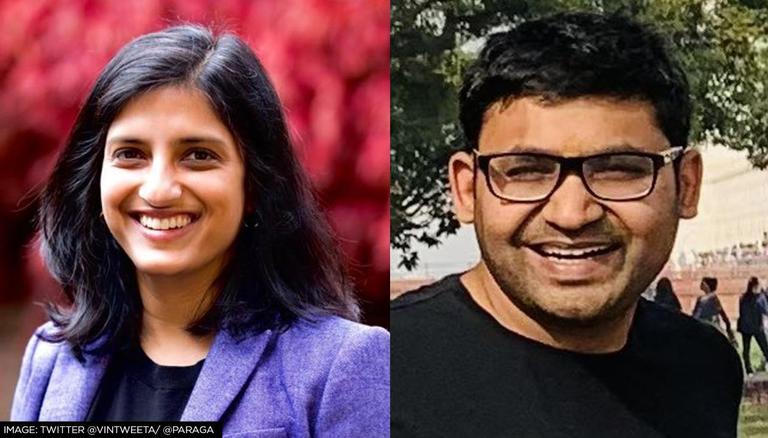 
Indian-origin Parag Agrawal was announced as the new CEO of Twitter after Jack Dorsey stepped down from his position on Monday. Parag is married to Vineeta Agarwala who is also a whiz just like him. However, very little is known about Vineeta as information only began to surface after Parag became the CEO of the micro-blogging website.

According to The Sun, Vineeta and Parag live in San Francisco, California, with their son. She is a venture capital investor and her Twitter bio describes her as a physician and adjunct clinical professor at Stanford Medicine. Vineeta has more than 12,000 followers on Twitter and she often shares posts related to her field of interest.

While Vineeta is yet to share any post related to her husband’s new position, Parag shared a long note to thank Jack and team Twitter for giving him the opportunity. His statement read, "Thank you, Jack, I'm honored and humbled. And I'm grateful for your continued mentorship and your friendship. I'm grateful for the service that you built, the culture, soul, and purpose you fostered among us, and for leading the company through really significant challenges. I'm grateful for the trust you've put in me and for your continued partnership."

Who is Parag Agrawal?

Parag Agrawal is a graduate of IIT Bombay and also holds a doctorate degree in computer science from Stanford University. Parag joined Twitter as an Ads Engineer in the month of October 2011 and gradually moved up to hold the title, 'Distinguished Software Engineer.' He assumed the role of Chief Technology Officer (CTO) of the company in 2017.

He was responsible for the advancements in Artificial Intelligence (AI). Before Twitter, the 45-year-old was employed with AT&T Labs, Microsoft and Yahoo. In the social media firm, one of his major contributions is his leading efforts to imbibe Artificial Intelligence (AI) for using it to increase the relevance of tweets in Twitter users' timelines.