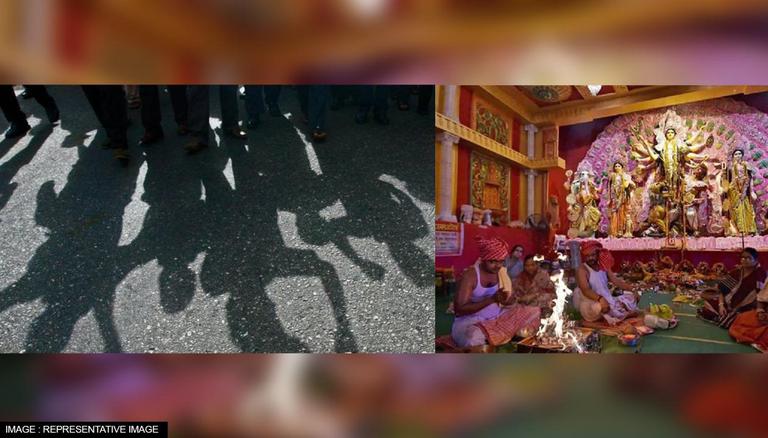 
As many as three people were killed while 60 others suffered injuries in multiple cases of communal violence during the Durga Puja festivities in Bangladesh's Chandpur Hajiganj Upazila.

As per reports, the conflict erupted on Wednesday when devotees were celebrating Durga Puja, the most celebrated religious festival of the Hindu community in Bangladesh. Earlier in Cumilia, at least 50 people were left injured as a group of hardliners clashed with the police in Nanua Dighirpar area over rumours of a communal incident.

The miscreants flocked in numbers at the Mandap area around 9 AM after a video went viral on Social Media. Eventually, law enforcement agencies arrived at the mandap to bring the situation under control.

Later at 10 AM, the Deputy Commissioner and Superintendent of Police in the district held a meeting with the local Hindu community and others. In the meantime, several factions under different religious associations gathered in Nanua Dighirpar. As per Daily Star, locals and police said that the mob attacked the mandap around 10:30 AM.
Police and the government confirmed that three cases of attacks were reported from  Banshkhali's Chambal area, Kali Mandir municipality, and Karnaphuli Upazila. In Kurigram's Ulipur Upazila, destruction of several temples was reported while one was set on fire.

The administration imposed Section 144 in Hajiganj following the violence and deployed eight platoons of the Border Guard Bangladesh (BGB) to bring the situation under control. The administration in Chattogran deployed eight platoons of the BGB in six upazilas of the district last night after several temples of the Hindu community were reportedly attacked in Banshkhali and Karnaphuli. While two platoons of the BGB have been deployed in Hathazari and Banshkhali upazilas each, one each is deployed in Patiya, Sitakunda, Fatikchhari, and Chandanish upazilas of the district.