After being forced to close due to the coronavirus outbreak, Bali Elephant Camp has been accused of leaving more than a dozen elephants to starve. 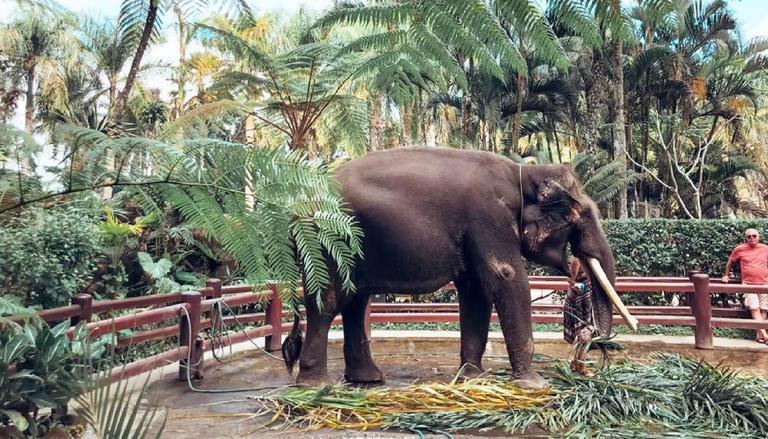 
After being forced to close due to the coronavirus outbreak, an elephant park, Bali Elephant Camp, has been accused of leaving more than a dozen elephants to starve, as per the reports of Al Jazeera. In 2005, Bali Elephant Camp (BEC) was a part of a wildlife conservation effort that saw it provide a home to several critically endangered Sumatran elephants to assist the population to stabilise. The elephants in the parks and zoos come from Sumatra breeding centres established 30 years ago as part of a population stabilisation effort. Accredited enterprises were allowed to market elephant-tourism services, which were highly successful before the pandemic.

However, in May, a Duch veterinarian Femke Den Haas revealed the story about the various malnourished elephants in Bali to Al Jazeera. Haas who has worked in Indonesia for 20 years to safeguard wildlife said that people are not supposed to see their bones because they're big creatures but that's exactly what they were nothing more than skin and bones.

'They were nothing more than skin and bones'

Haas paid a visit to the camp as a representative of Balai Konservasi Sumber Daya Alam Bali (BKSDA), the government agency in charge of overseeing the Sumatran elephant adoption programmes at safari parks and zoos. BKSDA head Agus Budi Santosa said that as a result of the COVID-19 pandemic, several industries in Bali have failed and small businesses like Bali Elephant Camp have been hit particularly hard, according to Al Jazeera. They were no longer able to fund operational costs, particularly the cost of feeding elephants when tourism ceased. The government had no choice but to help them by providing food and energy. According to Al Jazeera, neither the forestry department nor the BKSDA had offered any financial assistance for the elephants.

Poaching for ivory, human-elephant conflict, and deforestation are likely to have reduced the number of Sumatran elephants in the wild to as few as 2,400, according to a 2007 report by the World Wildlife Fund. 67 per cent of the available Sumatran elephant habitat was destroyed between 1980 and 2005, the equivalent of only one and a half elephant generations. The species was declared critically endangered in the wild in 2012.