Tesla CEO Elon Mon said that if the World Food Programme (WFP) tells him how $6 billion could solve world hunger, he is willing to sell some Tesla stocks. 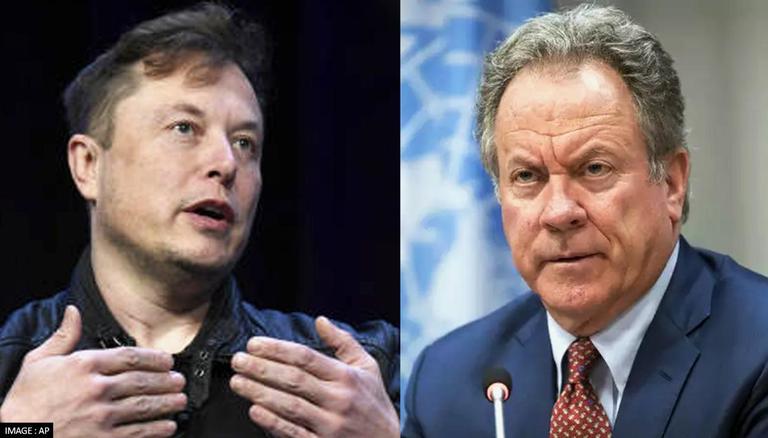 
Days after United Nations (UN) World Food Programme’s director David Beasley told CNN that a small group of ultra-rich people could help solve global hunger with a bit of their net worth, SpaceX and Tesla CEO Elon Musk said that if the World Food Programme (WFP) tells him how $6 billion could solve world hunger, he is willing to sell some Tesla stocks.

"If WFP can describe on this Twitter thread exactly how $6B will solve world hunger, I will sell Tesla stock right now and do it," Musk said, replying to a tweet which questioned how UN WFP which raised $8.4 billion in 2020 didn't solve world hunger.

"But it must be open source accounting, so the public sees precisely how the money is spent," Musk said in a follow-up tweet.

But it must be open source accounting, so the public sees precisely how the money is spent.

Earlier this week, Beasley, speaking on CNN's ‘Connect the World’', cited Amazon founder Jeff Bezos and Elon Musk and said that billionaires need to “step up now, on a one-time basis...$6 billion to help 42 million people that are literally going to die if we don't reach them. It's not complicated." He added that he is asked for just 2% of Elon Musk's fortune.

The current net worth of the world's richest man Elon Musk is $311 billion, according to the Bloomberg Billionaires Index. The recent growth in wealth is due to a surge in Tesla stocks, which shot up after rental car firm Hertz ordered 1,00,000 Tesla Model 3 sedans.

A United Nations reported in May found that at least 155 million individuals in the world faced crisis levels of food insecurity in 2020 because of extreme weather event, conflict and economic shocks linked in part to COVID-19. "Countries in Africa remained 'disproportionally affected', "it said, adding that Yemen, Afghanistan, Syria and Haiti featured among the 10 worst food crises last year.