EU Voices Anger Over Non-involvement In Russia's Security Guarantee Talks With US, NATO

EU wants a role in the upcoming talks on security guarantees between Russia, US and NATO, the Financial Times reported citing highly placed European sources. 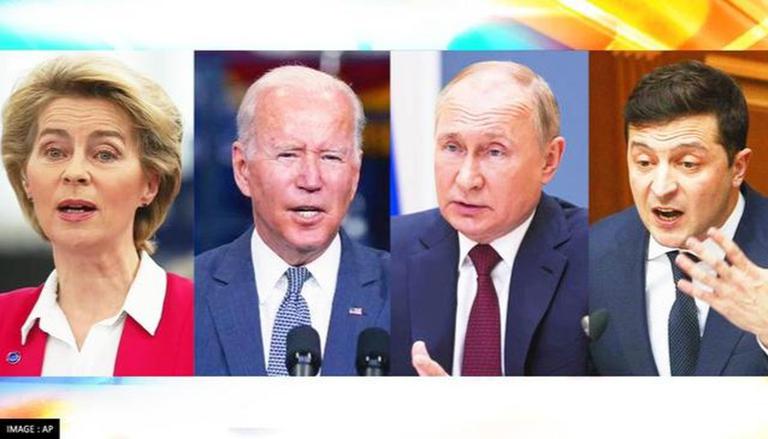 
The European Union wants a role in the upcoming talks on security guarantees between Russia, US and NATO, the Financial Times reported citing highly placed European sources. As per the report, the EU officials have voiced frustration about the way upcoming negotiations were arranged with Russian officials set to discuss the security of Ukraine and the whole of the European continent with counterparts from the US and NATO. They argued that while the US has remained in close contact with Brussels and individual EU states, it has not sought to alter Moscow’s proposed negotiations on security guarantees.

The FT sources claimed that the sidelining of the EU reflected Brussels’ “internal disagreements over the EU’s own security policy”, adding that “in the current context, [the delay] exposes the divisions inside the union and makes us less able to respond to Russia as one.”

Notably, the claims come after EU’s Foreign Policy Chief Josip Borrel asserted that Brussels cannot be a neutral spectator in the negotiations over Europe’s security architecture in the years to come. Last month, Borrel stated that Russia's ultimate goals are unclear, except that it is trying to threaten and weaken Ukraine. "Various scenarios are possible. We can't rule out Russia's desire to use the crisis as leverage for its declared goal of reshaping Europe's security framework while simultaneously excluding Europeans from the discussion," Borrell said on his blog.

Further, Borel also went on to stress that any Russian move against Ukraine's sovereignty would have severe consequences and expressed optimism that the United States will not allow Brussels to be excluded from security negotiations. Any discussion of the European security architecture must include the EU, he added.

Russia says EU's participation would have 'no definitive added value'

However, Vladimir Chizhov, Russia’s permanent representative to the EU, had previously said that the EU’s possible participation in the security guarantee talks would have “no definite added value”. While speaking to reporters, Chizhov stated that Russia is not against the EU’s “supportive role” in NATO and the Organisation for Security and Cooperation in Europe (OSCE). However, he added that Moscow “doesn’t plan to make the EU become a military bloc on the basis of our [security guarantee] proposals”.

It is pertinent to mention here that security concerns have become a vital issue in the context of escalating tensions around Ukraine. According to US intelligence officials, Russia has pushed around 70,000 troops towards Ukraine's border and is preparing for an attack early next year. However, Moscow denies any intention of attacking Ukraine and dismisses Western concerns as a "propaganda campaign".

READ | US, Germany warn Russia over aggression against Ukraine; assert 'we will respond swiftly'