Germany and Lithuania send parliamentary groups to the island to meet Taiwan President Tsai Ing-wen and senior officials, to discuss defence and security. 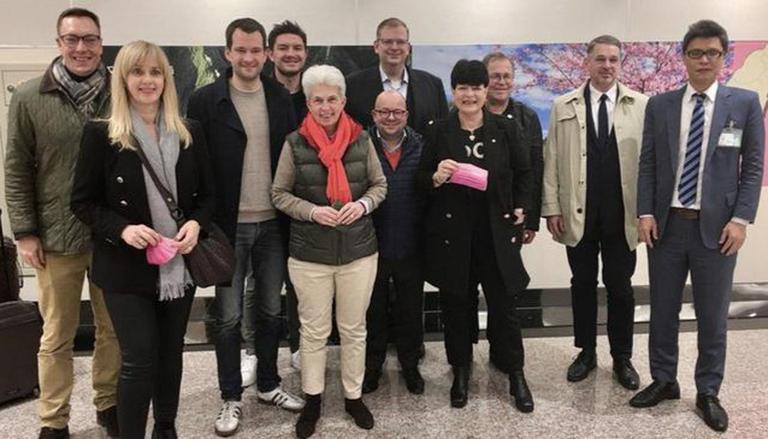 
Parliamentary delegations from two countries from Europe arrived in Taiwan on Monday in pursuit of security and defence cooperation with the self-ruled island amid increasingly negative sentiment from European Union states towards Beijing, reported South China Morning Post.

Led by the heads of their defence committees, the German and Lithuanian parliamentary groups visited the island on Monday for stays of four and six days respectively, Taiwan’s foreign ministry said in a statement on Monday. They were both expected to meet President Tsai Ing-wen and other senior officials – including those from security, defence, foreign, cross-strait and digital affairs departments – during their time in Taiwan, the ministry said.

The German delegation from the Free Democratic Party was headed by the chair of the Bundestag defence committee, Marie-Agnes Strack-Zimmermann, and the party’s deputy chair, Johannes Vogel, marking the first visit by a German parliamentary group this year and the third in four months, the island’s foreign ministry said. Also included were Renata Alt, head of the Bundestag committee on human rights and humanitarian aid, and Ulrich Lechte, a spokesperson for the FDP parliamentary group, reported SCMP.

The Chinese military held large-scale joint combat strike drills starting Sunday, sending warplanes and navy vessels toward Taiwan, both the Chinese and Taiwanese defense ministries said. The exercises coincided with the visit of the group of German lawmakers. The exercises have continued into Monday, Taiwan's defense ministry said, monitoring Chinese warplanes and navy vessels on its missile systems. China's actions “have severely disrupted the peace and stability in the Taiwan Straits and surrounding waters," the ministry said.

China has stepped up its pressure on Taiwan’s military in recent years by sending warplanes or navy vessels on an almost-daily basis toward the self-ruled island. China claims sovereignty over the island, which split from the mainland in 1949 after a civil war. Over the course of 24 hours between 6 am Sunday to 6 am Monday morning, China's People's Liberation Army flew 57 warplanes and four ships toward Taiwan, Taiwan's Ministry of National Defense said in a statement Monday morning. Twenty-eight of those planes crossed the median line of the Taiwan Strait, an unofficial boundary that both sides had previously stood by.

China announced the drills around 11 p.m. Sunday, saying their “primary target was to practice land strikes and sea assaults,” according to a statement from Shi Yi, a spokesperson for the PLA's Eastern Theater Command. At the end of December, China sent a record 71 planes and 7 ships toward Taiwan, the largest such scale exercise in 2022. Taiwan will hold its annual two-day military drills starting Wednesday. The exercise ahead of the Lunar New Year holidays is aimed at showcasing its defense capabilities.

READ | Chinese invasion of Taiwan in 2026 unlikely to lead to Beijing's victory: Report