Austria's biggest public art installation 'For Forest', highlighting the Amazon wildfires which has been blazing since June was open to the public on Sunday.

Austria's biggest public art installation 'For Forest', highlighting the Amazon wildfires was thrown open to the public on Sunday. As the Amazon Forest continue to blaze for the third month, Swiss Curator Klaus Littman's art installation is dedicated to the global emergency. In a stroke of genius, he has transformed the Worthersee Football Stadium in Klagenfurt, Austria into a Native central European Forest resembling the lungs of the world- the Amazon Forest. 'For forest – the unending attraction of nature' contains almost 300 trees, some weighing up to six tons each.

Visuals of the installation show a dense line of trees planted carefully inside the stadium on all four sides. There is a center patch of grass which has been left untouched. The installation is inspired by architect Max Peintner’s drawing, The Unending Attraction of Nature. 'For forest' which opened on Sunday will be open to the public till October 27, 2019. After the display period is done, the trees will then be replanted on a site near the stadium in order to serve as a “forest sculpture”, according to international reports.

Here are some visuals of 'For Forest' 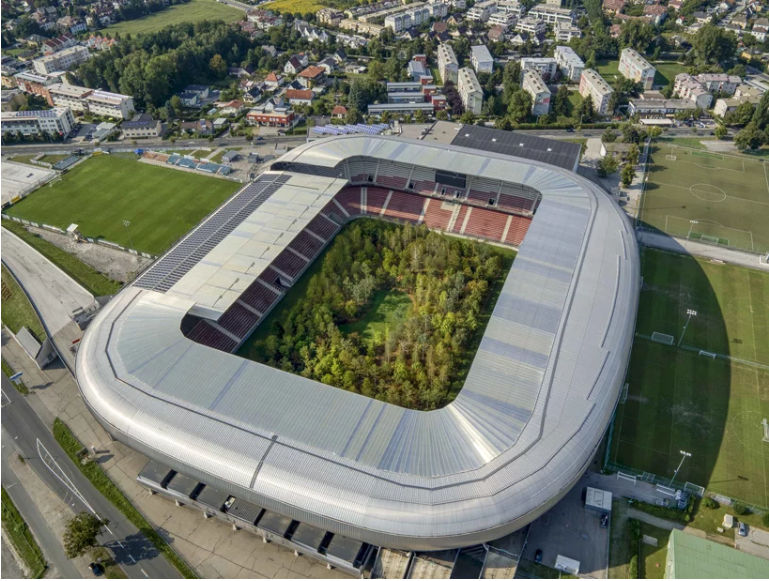 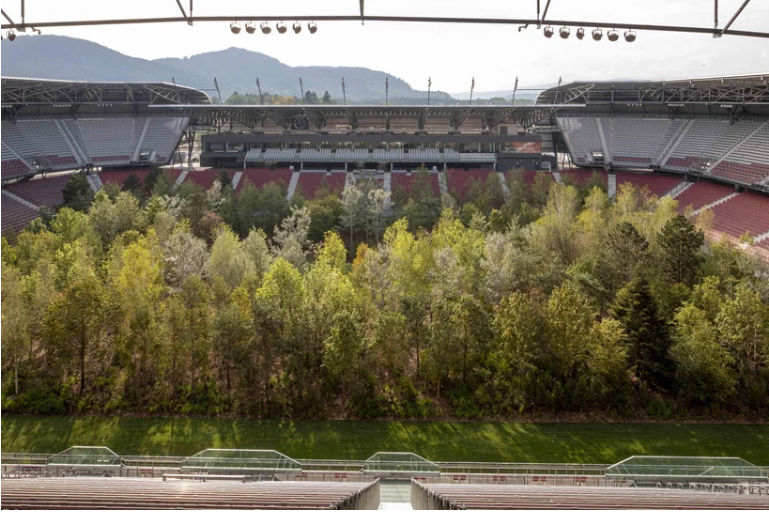 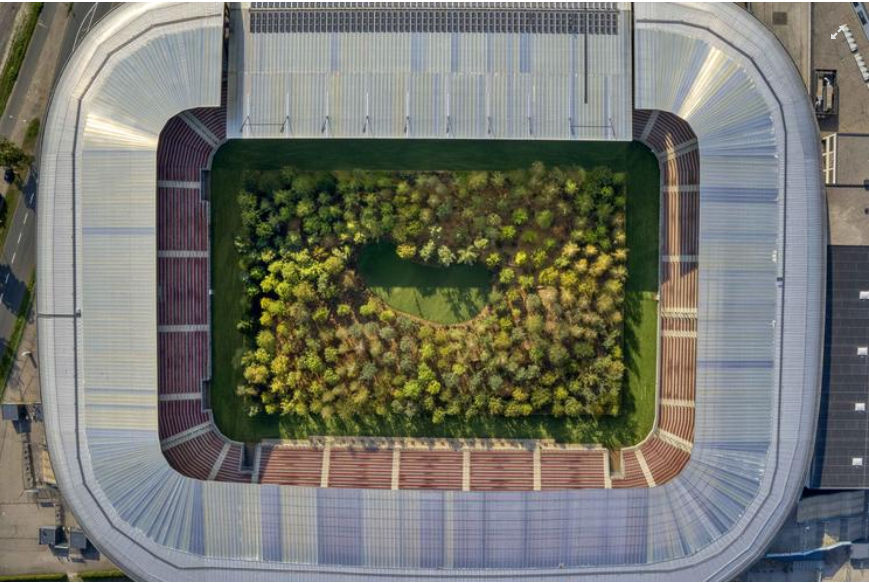 READ | Amazon Fire: Why is part of the Amazon burning? 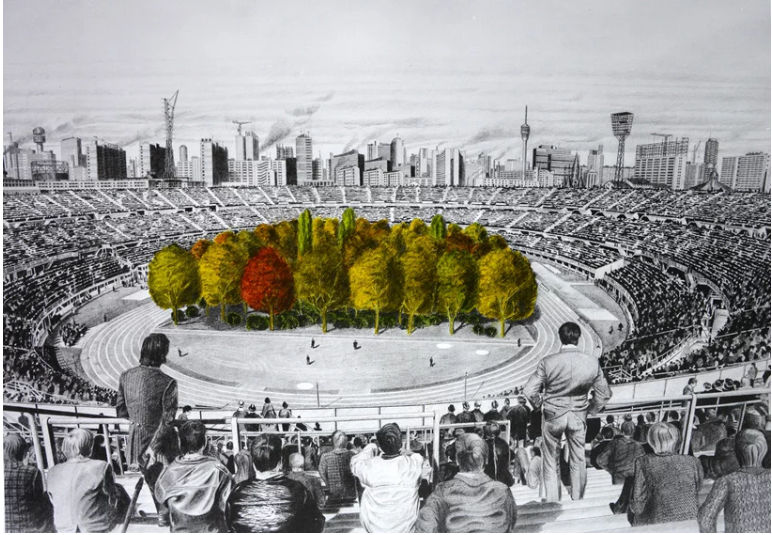 What are the Amazon Forest fires?

The fires in the world's largest rainforest have sparked street protests around the planet and ignited a war of words between Bolsonaro and his French counterpart Emmanuel Macron. The French President has described the wildfires as an "international crisis" and vowed to block a trade agreement between the European Union and South American countries. The world's interest piqued when NASA released a satellite image of the devastating forest fires which has reached 80,000 - the highest since 2013. Brazil which is home to  60 percent of the rainforest has faced the biggest brunt of the forest fires. Experts blame accelerating deforestation during the months-long dry season to make way for crops or grazing as the main reason for the forest fires.

Bolsanaro has faced international ire for failing to protect the region and not accepting global powers' aide in fighting the fires. As per International reports, Bolsanaro has enlisted the Army's help in tackling the fires. Meanwhile, Bolivia, Brazil, Colombia, Ecuador, Guyana, Peru, and Suriname have signed a pact, setting up a disaster response network and satellite monitoring to protect the rainforest.

What is its global impact?

Forests contain carbon, stored in the trees and vegetation to the tune of 459 tonnes per hectare in the Amazon. When a tree is cut, the carbon inside will reenter the atmosphere years later, at the end of its use cycle when it decomposes, explains carbon specialist  Diego Navarrete. When vegetation is burned, as is happening now, the carbon enters the atmosphere immediately. With the amount of carbon released into the atmosphere and the lesser number of trees to absorb it, the effects will be calamitous.

WE RECOMMEND
Shraddha Kapoor joins the protest to save Aarey forest, questions BMC
Punshilok: one man, 18 years and a 300-acre forest resurrected
Bengaluru artist who posed as astronaut speaks out after viral video
Why this football stadium was turned into a forest in Austria
Aarey forest axing: Lata Mangeshkar firmly against 'tragic' decision