Fumio Kishida, the new Prime Minister of Japan, spoke with US President Joe Biden for the first time, confirming that the two countries will work together. 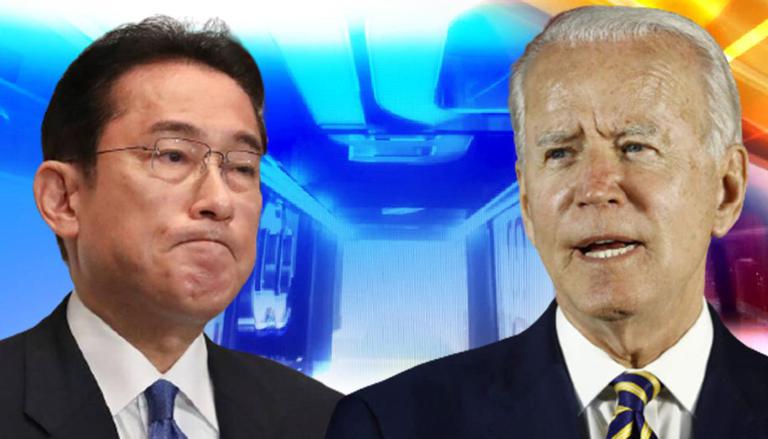 
The new Prime Minister of Japan, Fumio Kishida, spoke with US President Joe Biden for the first time, confirming that the two countries will work to enhance their alliance and cooperate in regional security. Kishida was sworn in on Monday after being appointed by Parliament. Kishida said that Biden made a strong declaration about the United States' commitment to Japan's defence, adding that the two leaders also reaffirmed their commitment to working together to address challenges facing surrounding regions such as China and North Korea.

To oppose China and nuclear-armed North Korea, Kishida advocates deeper Japan-US security relations and collaborations with other like-minded democracies in Asia, Europe and the United Kingdom. Kishida has also stated that Japan's missile and naval defence capabilities will be strengthened.

The Japanese prime minister stated that he plans to continue working on global issues such as coronavirus response, climate change, and global denuclearization. Biden, for his part, reiterated the United States' commitment to Japan's defence, as per the reports of the Kyodo news agency. The leaders agreed to meet for their first face-to-face meetings as soon as possible.

Later Monday, Kishida held an online meeting with Australian Prime Minister Scott Morrison, promising to deepen bilateral and Quad alliance security and economic ties to support regional peace and stability, according to a statement from Japan's Foreign Ministry. Kishida stated his support for AUKUS, a newly formed security collaboration between Australia, the United Kingdom and the United States. According to the ministry, he and Morrison repeated their robust opposition to what they regard as China's economic domineering and unilateral attempts to change the status quo in the regional waters.

64-year-old Kishida was previously known as a moderate in the ruling Liberal Democratic Party. However, he won the party's leadership last week after taking a more hawkish stance on security and adopting a more conservative stance on gender equality and other issues, ostensibly to win over the party's influential conservatives. He follows Yoshihide Suga, who left after only a year in office; his popularity plummeted due to his handling of the virus and insistence on staging the Olympics, which was perceived as arrogant and dismissive of public concerns.

WE RECOMMEND
Joe Biden tells Republicans 'get out of the way' on debt limit, warns of credit default
Who is Fumio Kishida? Japan’s former Diplomat set to be PM, read his take on key policies
Democrats struggle to save US President Joe Biden's $3.5T government overhaul
Joe Biden explains 'Build Back Better Agenda' for inclusive US economy
Fumio Kishida formally elected as 100th Prime Minister of Japan, to announce cabinet soon