The G7 (Group of 7) countries have called for the international community to unite in its response to the crisis in Afghanistan, according to a joint statement. 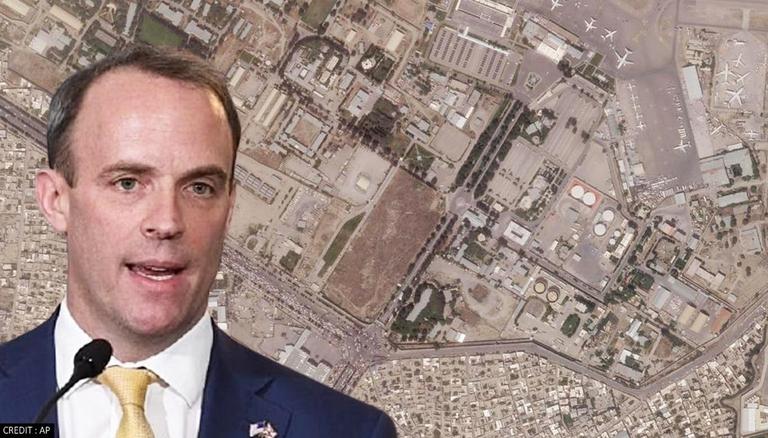 
The G7 (Group of 7) countries have called for the international community to unite in its response to the crisis in Afghanistan. In a joint statement, the foreign ministers of all member states stressed that the central Asian state has been witnessing an escalating crisis and needed global engagement at the earliest. As chaos and panic in Afghanistan continued for the fourth day, Raab said that United Nations Security Council (UNSC), international donors and other central Asian countries need to hold a discussion with the involved parties.

Today the UK 🇬🇧 convened a meeting of G7 Foreign Ministers on Afghanistan. G7 Ministers discussed coordination of the ongoing evacuation efforts and how the G7 can forge an international strategy to address the challenges we now face in Afghanistan. pic.twitter.com/iLMqxnWNoo

"The G7 Ministers call on the international community to come together with a shared mission to prevent the crisis in Afghanistan escalating," said Raab's statement after a meeting of G7 foreign ministers. It is imperative to note that, at present, the UK holds the rotating presidency of the group which also encompasses US, Canada, France, Germany, Italy, Japan and the US.

"The crisis in Afghanistan requires an international response including intensive engagement on the critical questions facing Afghanistan and the region: with the Afghans most affected, parties to the conflict, the UN Security Council, the G20, international donors, and with Afghanistan’s regional neighbours," the statement said.

Separately, Raab said late on Thursday that the UK and Turkey were working together in Afghanistan to ensure evacuations continue safely. He thanked Turkey for its commitment to safeguarding the Kabul airport alongside British troops. Kabul’s Hamid Karzai Airport has become a hotbed of conflict as hundreds of thousands of Afghan residents rush to escape the ultra-austere rule of the Taliban.

UK 🇬🇧 & Turkey 🇹🇷 are working closely together in Afghanistan to ensure evacuations can continue safely. I expressed gratitude for Turkish foreign minister @MevlutCavusoglu's commitment to safeguarding Kabul airport alongside our troops.

Republic Media Network has accessed multiple videos of thousands of people who swarmed the Kabul Airport to save themselves from the Taliban and flee the war-ravaged country. One of the videos showed two civilians falling off the US Military plane while it was mid-air. Reportedly, one of the two was the youth footballer.

READ | Afghan officer who fought with US forces rescued

Republic has been flooded with videos and emails of Afghan civilians who are sharing their plight amid the hostile takeover of Afghanistan by the Taliban. The Afghan civilians have hit the streets with national flags on the occasion of the country's 102nd Independence Day, to protest against the atrocities of the Taliban. Civilians including women and children were seen chanting 'Long Live Afghanistan' and 'National Flag Is Our Identity'.