A fire on the surface of the Gulf of Mexico erupted after a gas leak from an underwater pipeline sparked ablaze, according to state-owned Petroleos Mexicanos. 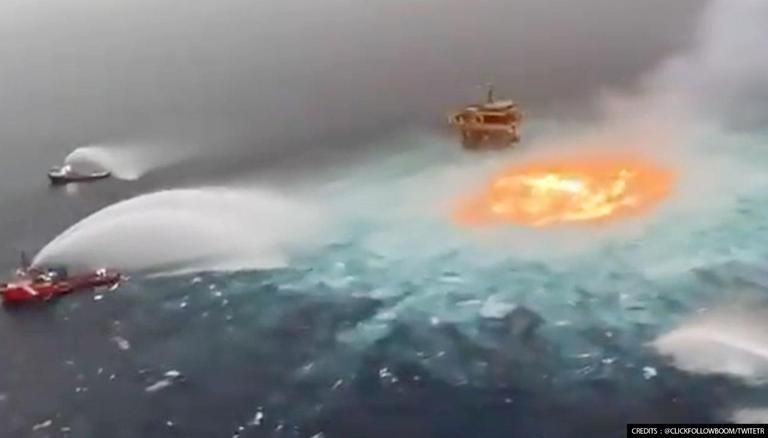 
A fire on the surface of the Gulf of Mexico erupted after a gas leak from an underwater pipeline sparked ablaze, according to state-owned Petroleos Mexicanos (Pemex) Petrol Company. The leak was reported at 5:15 am on Friday in a submarine pipeline in the Bay of Campeche. Immediately, the company began to “close the interconnection valves in the pipeline, extinguishing the fire and the gas emanation” to control the leak by 10.45 am, more than five hours later. 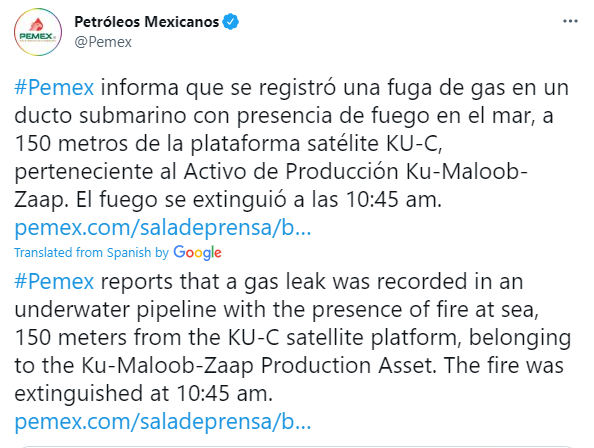 Later, Pemex Petrol Company confirmed that the leak or the subsequent fire did not lead to any injuries or causalities. It also disclosed that the worker's used Nitrogen to bring the blazes under control. Meanwhile several photos and videos of “ocean on fire” took over Twitter, YouTube and other social media platforms. What triggered massive traction was the burning orange flames skin to volcanic lava in the middle of turquoise waters.

Fire on the surface of the Gulf of #Mexico erupted after a gas leak from an underwater pipeline sparked a blaze, according to Mexico’s state -owned Pemex petrol company. #Unbelievable (Fire on water) !!@Kaala_Nag @COMMLX @TheWolfpackIN @MeghUpdatespic.twitter.com/L9M1smXLVS

The Gulf of Mexico is literally on fire because a pipeline ruptured pic.twitter.com/J4ur5MNyt1

The incident also attracted online flak from environment and conservation groups, who have asserted it to be another sombre reminder of the dangers of fossil fuels and the failure to fully advance alternatives.  In a statement, Greenpeace Mexico’s Gustavo Ampugnani said that “these are the risks we face on a daily basis and which call for a change in the energy model, as we have demanded.” Meanwhile, Angel Carrizales, who led Mexico’s oil safety regulator ASEA, confirmed that the accident did not result in any spill, but added that it was still not clear what was burning on the ocean’s surface.

The Gulf of Mexico is on fire, it's 112 degrees in Portland, roads and rails are crumbling from the sun, wildfire and hurricane season are here in record time and people are concerned about the cost of going green.

Ku Maloob Zaap, an oil field where the incident occurred, is the largest oil producer for Pemex Petrol Company. It accounts for 40 per cent of the company’s daily output of nearly 1.7 million barrels. Pemex, which has already widened the country’s fiscal deficit, has also been witness to several accidents. In 2015, it was hit by an explosion which led to four fatalities, 16 injuries and more than 300 evacuations.