Semi-autonomous Hong Kong refused to play a role in altering China’s determination and interests despite repeated pleas from the relatives of those arrested.

On September 13, the Hong Kong government said in a press conference that it will not intervene in the case of China’s detention of 12 Hong Kongers at sea who tried to flee to Taiwan on a boat. Calling it a “mainland matter”, the semi-autonomous Hong Kong refused to play a role in altering China’s determination and interests despite repeated pleas from the relatives of those arrested. While the relatives said that China was “compromising legal rights” of the detainees, the People’s Republic called the detainees as “separatists” and rejected the formal request to return them to the territory.

In a news conference organized after the Hong Kong administration was approached by the desperate families for assistance, the government said, “The relevant crime falls within the jurisdiction of the mainland and the special administrative region government respects”, adding, it will “not interfere with law enforcement actions.”

Instead, the officials said that the arrested group was held responsible for "various criminal offences" in Hong Kong. Reiterating the case as in the mainland Chinese Jurisdiction, authorities dismissed the request, saying, families must avail “free legal consultation service”. China's foreign ministry said in a statement that the detainees were suspected of illegal entry into Taiwan, citing a document issued by the Police in the Chinese city of Shenzhen. Furthermore, Hong Kong backed China’s claims, stating in an official release, "Everyone, regardless of where they are in any jurisdiction, must respect local laws and be responsible for their actions.”

Hong Kong Bureau said at the state press conference that citizens that “violated laws” can expect some "feasible assistance” as long as they respected the country and its judicial system. It informed, addressing the reporters that of the 12 people arrested, at least 10 charged with criminal offences by the Hong Kong Police, as they were directly involved in manufacturing or possessing explosives, arson, rioting, assaulting police, or possession of offensive weapons. The bureau, however, did not specify whether the charges were drafted by the police officers under China’s controversial National Security Law. Further, the government stressed that at least 10 arrested were roaming on provisional bail and weren’t allowed to leave Hong Kong, let alone flee to Taiwan. 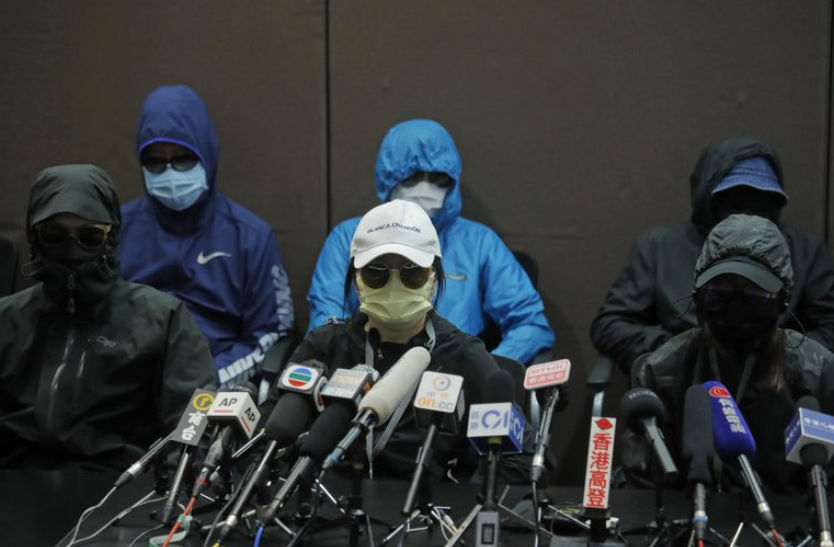 [Relatives of 12 Hong Kong activists detained at sea by Chinese authorities attend a press conference in Hong Kong, Saturday, Sept. 12, 2020. They called for their family members to be returned to the territory, saying their legal rights were being violated. AP Photo/Kin Cheung] 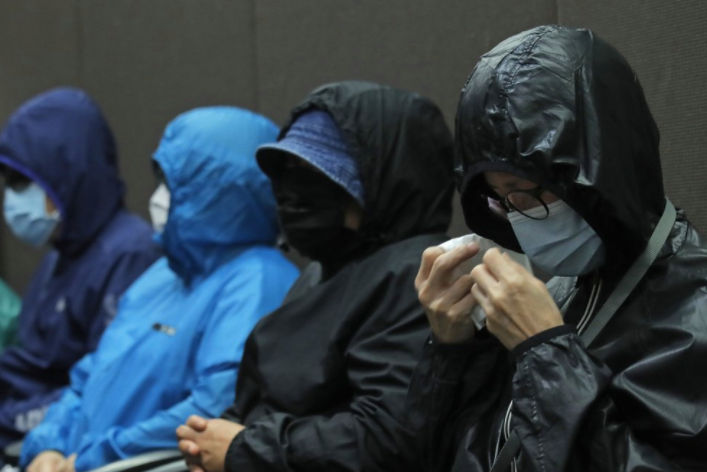 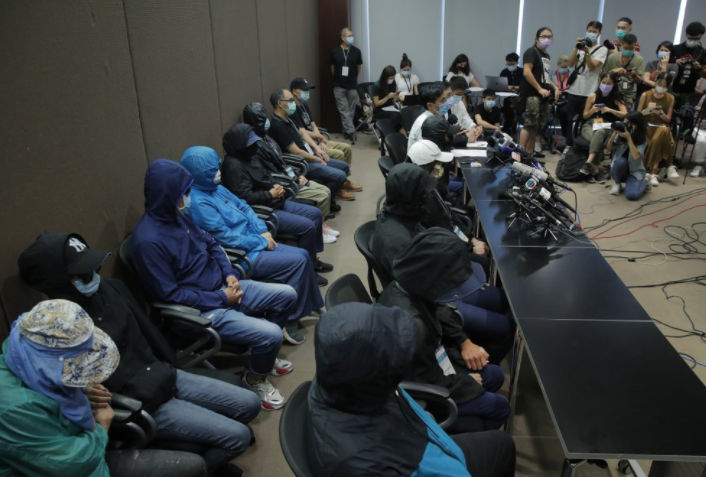 [Relatives of arrested Hong Kong activists detained at sea by Chinese authorities attend a press conference in Hong Kong, called for their family members to be returned to the territory. AP Photo/Kin Cheung]

Hong Kong’s pro-democracy lawmaker Eddie Chu accused the government of stepping back from providing the families with any sort of concrete assistance. In a news conference that he hosted earlier, Chu said, “Their families have no news of them and even own appointed lawyers have been unable to see the detainees.” The members of the family of those arrested had to withhold identities and were seen donning masks, hoods, sunglasses, jackets, and hats in front of the television cameras in fear of consequences for raising a voice.

In a separate statement, the US Secretary of State Mike Pompeo sounded concerned as he said the United Staes was “deeply concerned” about the unlawful and illegal detention of 12 Hong Kongers by China, who were also denied access to the lawyers.

Pompeo said the lack of information about their welfare and the charges against the Hong Kongers arrested was worrying. “We question Chief Executive Lam’s stated commitment to protecting the rights of Hong Kong residents, and call on authorities to ensure due process,” Pompeo said, referring to Carrie Lam, Hong Kong’s leader. Although, in response to the US, Lam said that detainees will be “dealt with according to mainland laws”.

Arrests of pro-democracy activists in Hong Kong are deeply concerning – politicized law enforcement is inconsistent with universal values of freedom of expression, association, and peaceful assembly.