Human Rights Day date is marked to promote the rights which all individuals have, regardless of religion, gender, race, caste, ethnicity, colour or nationality 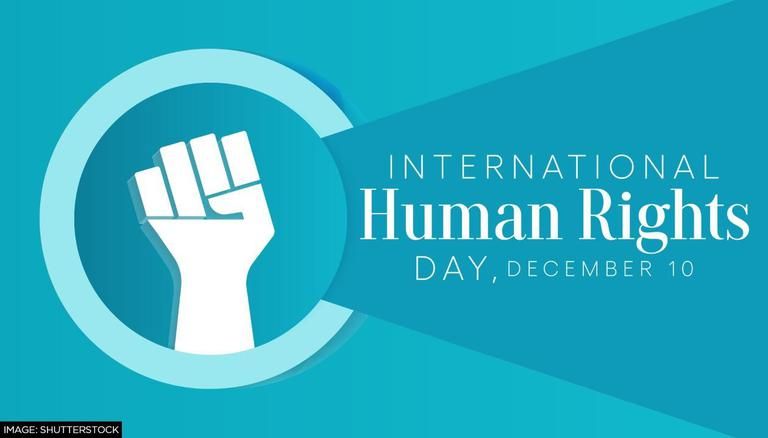 
Every year across the world, Human Rights Day is observed on December 10 to increase awareness about the fact that every person on the planet has fundamental rights. The Human Rights Day is marked to promote the individuals rights, regardless of religion, gender, race, caste, ethnicity, colour, nationality or other considerations.

The day also commemorates the adoption of the Universal Declaration of Human Rights on December 10 in 1948 by the United Nations General Assembly. It is considered to be the very first worldwide declaration on human rights, outlining the equally guaranteed fundamental rights for humankind. Moreover, it protects the rights of all citizens worldwide. The United Nations General Assembly (UNGA) enacted Resolution 423 (V) in 1950 as the formal inception of the day, asking all governments and interested groups to observe Human Rights Day on December 10 every year.

The theme for this year's Human Rights Day is "Equality", as stated in Article 1 of the Universal Declaration of Human Rights -- "All human beings are born free and equal in dignity and rights." The theme entails, among other things, confronting and resolving deep-seated discrimination which has harmed society's most vulnerable individuals, such as women and girls, native communities, citizens of African origin, LGBTI individuals, immigrants, as well as people with disabilities. Equality, inclusiveness, and non-discrimination, or a human rights-based developmental model, are the most effective ways to minimise inequities and re-establish the progress toward the 2030 Agenda, as per the UN report.

Amid the COVID pandemic crisis, Human Rights Day has become significantly important to urge for eradication of exacerbated poverty, increased inequality, discrimination, and other societal evils. The United Nations also encourages governments throughout the world to establish equal opportunity for all individuals on this day and to protect their rights. The humanitarian agencies also have the authority to investigate and offer suggestions in cases of human rights breaches.

A right delayed is a right denied: Martin Luther King

All human beings are born free and equal in dignity and rights: Eleanor Roosevelt

Human rights are not privileged conferred by the government. They are human being’s entitled by virtue of their humanity: Mother Teresa

To deny people their human rights is to challenge their very humanity: Nelson Mandela

The right to life is the first among human rights: Pope Francis

WE RECOMMEND
'No Control' to 'The Uncondemned': A look at Must-Watch Indie films based on Human Rights
Int'l Day for Elimination of Violence Against Women 2021: Theme, history & significance
Pakistan: Activist details atrocities against minority women amid rising conversion cases
Prez Kovind to be chief guest on Human Rights Day function of NHRC
'Reena Ki Kahaani' to release on Human Rights Day; will shed light on human trafficking