'I Am In Shock': Pamela Anderson Has A Twitter Meltdown Over Julian Assange's Arrest, Starts Campaign To 'stop' His Extradition To US

Pamela Anderson lashes out on Twitter after Julian Assange's arrest in London on Thursday. Here's what she said -

'Baywatch' actress Pamela Anderson lashed out on Twitter after her rumoured boyfriend Julian Assange was arrested at the Ecuadorian embassy in London.

In a series of tweets, the Canadian-American actress voiced her opinion and hit out at UK authorities.

READ | 'UK Must Resist!': A Dishevelled Julian Assange's Final Warning As He Was Evicted From Ecuador's Embassy In London And Taken Into Custody

She started with: 'I am in shock..I couldn’t hear clearly what he said? He looks very bad. How could you Equador ? (Because he exposed you).How could you UK. ?Of course  - you are America’s bitch and you need a diversion from your idiotic Brexit bullshit.' [sic] 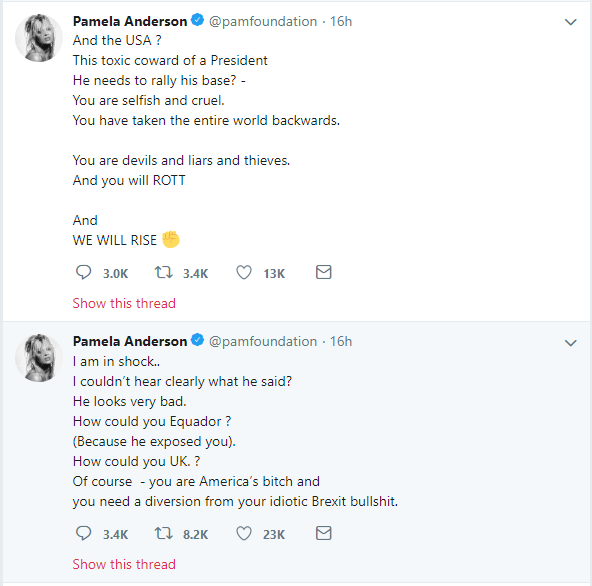 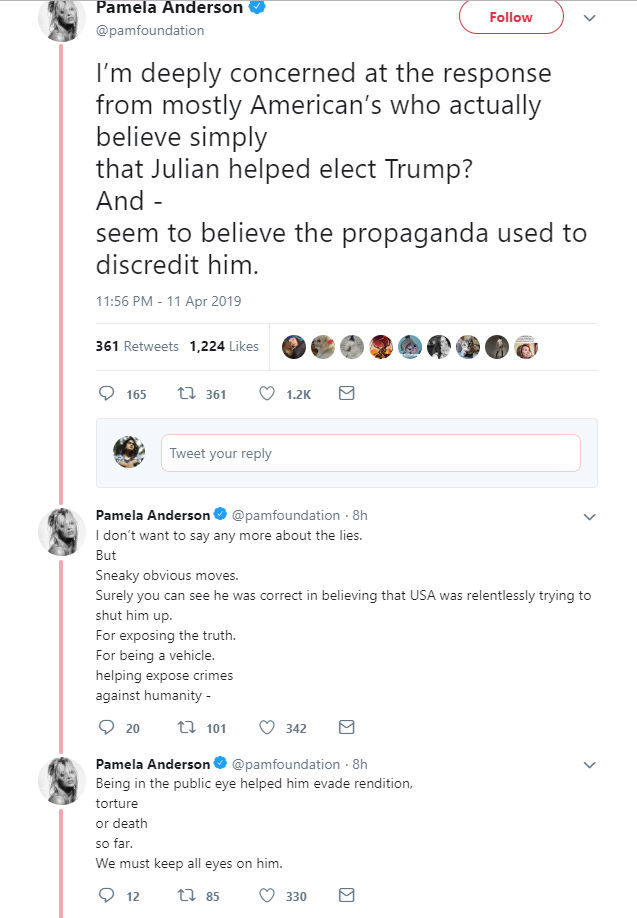 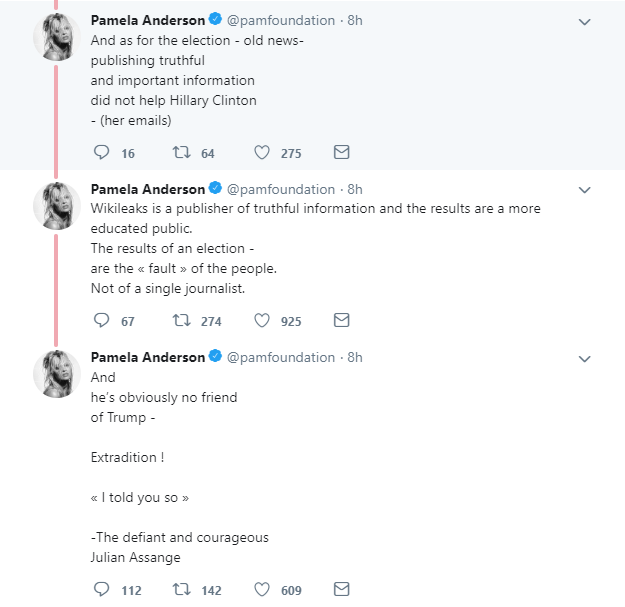 She also tweeted an image of the Wikileaks founder on April 5 along with a Latin phrase which means 'the truth will prevail'.

She later also started a campaign saying 'Don't extradite Assange'. She posted the link and requested people to 'Sign the petition'.

Sign to avoid Assange is extradited to the US https://t.co/QyIWoaUZa4

For those unaware, in August last year, Pamela Anderson told Fox News: 'He's not close to people like he is to me. There's definitely a romantic kind of connection because it's a romantic struggle.'

Later in November, in an interview, she said: 'I feel closer to him than a lot of people have and he trusts me. Yes, it's a friendship.'

WikiLeaks co-founder Julian Assange was arrested at the Ecuadorian embassy in London after living under political asylum for 7 years warrant issued by Westminster Magistrates' Court on 29 June 2012, for failing to surrender to the court.