ICC, posted a picture of former cricketer and Indian cricket team coach, Ravi Shashtri, on their official twitter handle and asked people to caption it

On October 14, the ICC(International cricket council), posted a picture of former cricketer and Indian cricket team coach, Ravi Shashtri, on their official twitter handle and asked fans to caption the image. The picture had the Indian cricket coach with his arms wide open in of the practice sessions being conducted for his team.

The open challenge did not stop netizens posting hilarious memes or comments that grabbed attention to a lot of people.
One user posted a picture on twitter that compared Shashtri's picture to one of the most popular Bollywood movie ever made.

Another user took a reference from one of the Marvel films.

A lot of Bollywood references were also taken as one user included a picture of Anushka Sharma's character of her film Sui Dhaaga. 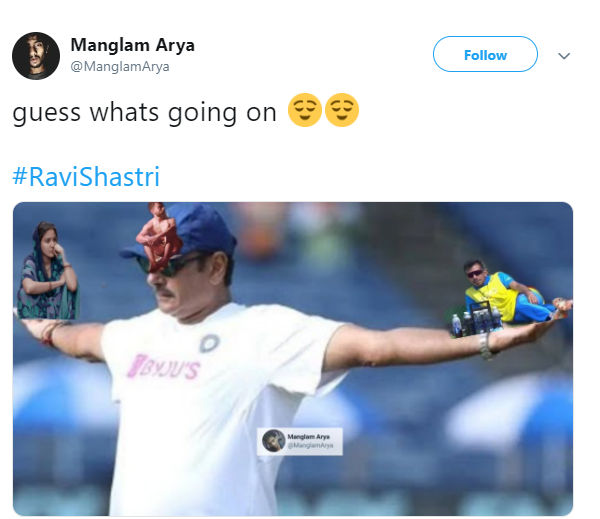 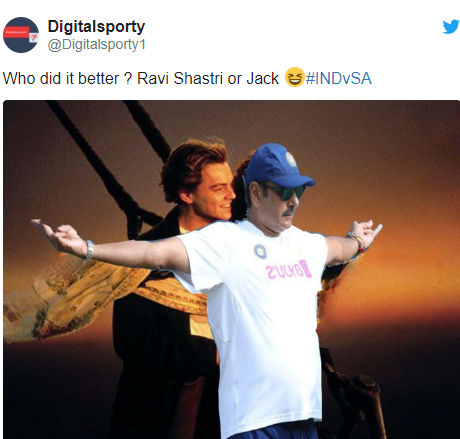 In a separate incident, New Zealand bowler, Jimmy Neesham, made fun of ICC's decision to scrap off the boundary countback rule in a funny tweet. The left-arm bowler added that the new decision had come after the damage had already been done as New Zeland lost the ICC World Cup 2019 to England, earlier this year.

The ICC on October 14, scrapped off the boundary countback rule, stating that it won't be a part of the ICC sanctioned from now on. The highly criticized rule decided the winner of the match on the basis of the number of boundaries both the teams had hit in the concerned match.

The teams with the maximum number of boundaries to their credit were declared the winners as indicated by the boundary countback rule. With the rule being scrapped off, any match that would result in a super over, another super over will be bowled till one of the teams does not score higher than the other.

The choice to scrap the rule was taken by the Chief Executives' Committee (CEC) after a proposal from the ICC to have super overs as a way to choose the outcome at of any match. The system will be followed in all matches including both ODI and T20I World Cups.

Read: Gautam Gambhir Turns 38: Here Is His Journey From Cricket To Politics

Read: India Won Their Second Test Vs Australia On This Day In 1964