In the meeting that took place at the request of the Taliban, the issue of safety, security & fast evacuation of Indians in Afghanistan was raised by India. 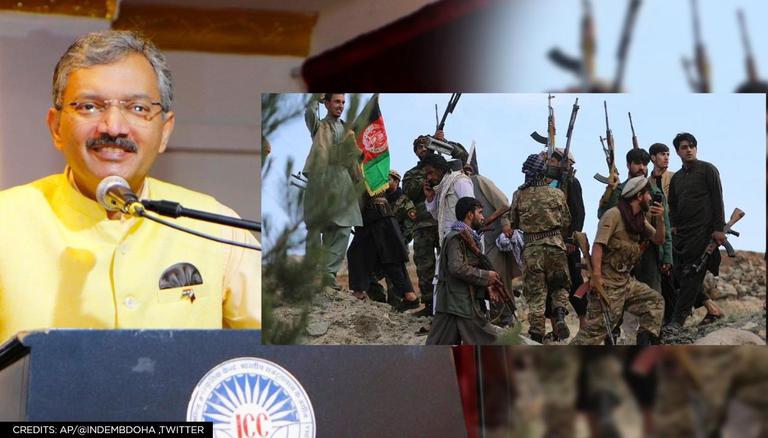 In a massive development, India on Tuesday held a meeting with the new rulers of Afghanistan for the first time. In the meeting that took place in Doha, the Indian Ambassador to Qatar, Deepak Mittal, met Sher Mohammad Abbas Stanekzai, the head of Taliban’s Political Office in Doha at the Embassy of India, Doha. The meeting took place at the request of the Taliban.

This was the first official meeting between India and the Taliban, after the fall of Kabul. In the meeting, the Indian Ambassador to Qatar, Deepak Mittal highlighted the need for safety and security of Indians, and pushed for the early return of those nationals stranded in Afghanistan. The travel of Afghan nationals, especially minorities, who wish to visit to India also came up during the meeting.

'Afghanistan soil should not be used for anti-Indian, terrorist activities'

Besides, the Indian Ambassador Deepak Mittal also warned against Taliban using the Afghan's soil for anti-Indian activities and terrorism in any manner.

Having heard the points laid by the Indian Ambassador to Qatar, Deepak Mittal, Sher Mohammad Abbas Stanekzai, the head of Taliban’s Political Office assured that the issues would be addressed 'positively'. 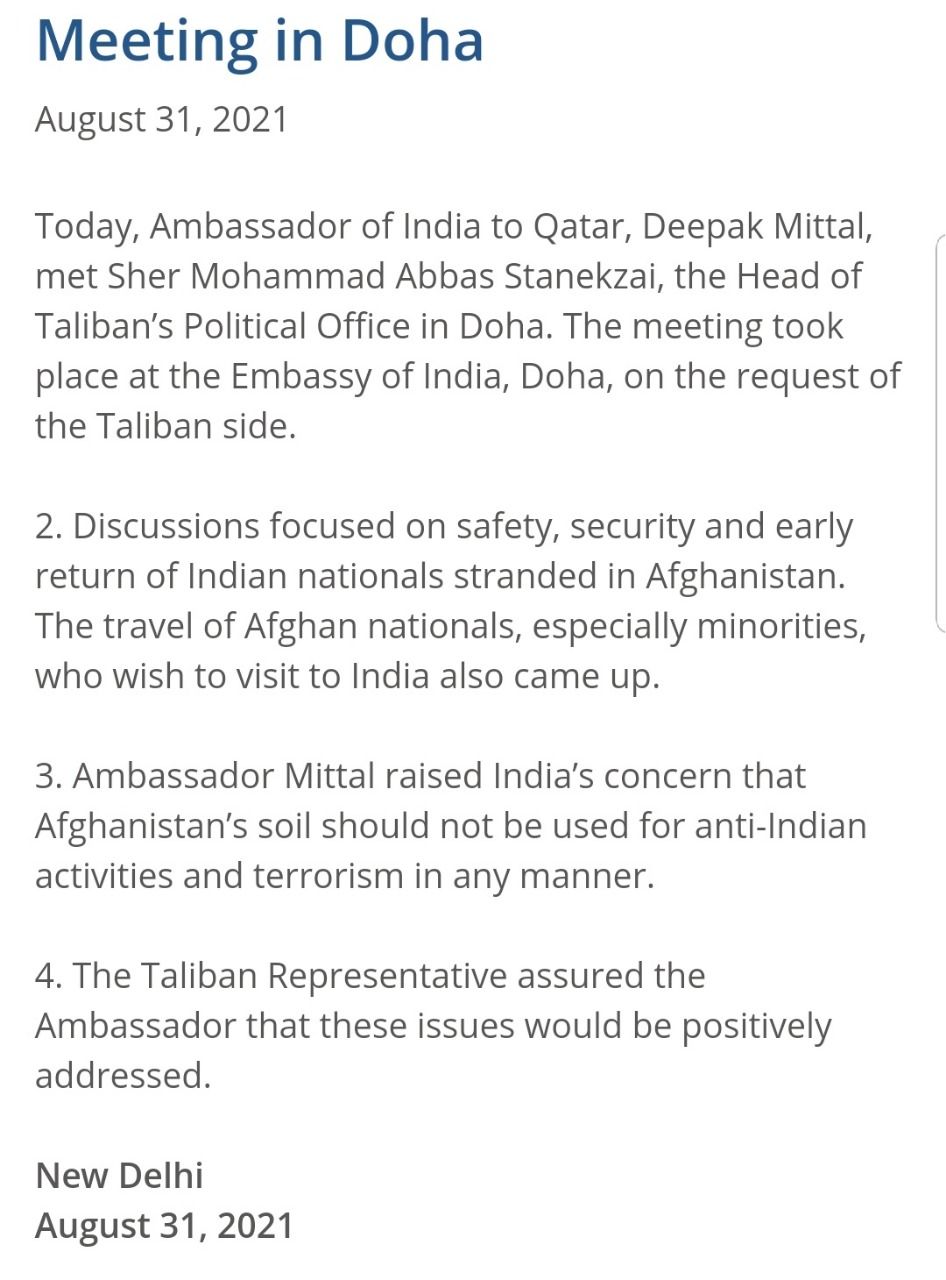 The meeting comes on the very same day Prime Minister Narendra Modi instructed officials to form an Afghanistan group that will include the External Affairs Minister (EAM) S Jaishankar and the National Security Advisor of India (NSA) Ajit Doval. Some officials of the concerned Ministries are also to be a part of the Afghanistan group.

Sources have informed that the group has been meeting regularly over the last few days and discussed pertaining to safe return of stranded Indians, travel of Afghans (especially minorities) to India. In addition, it also discussed issues related to the ground situation in Afghanistan and international reactions, including the Resolution passed this morning by the UN Security Council, demanding that the Afghan territory 'not be used to threaten or attack any country or to shelter or train terrorists.'

Over 13 countries voted in favour of the resolution except for China and Russia. The resolution was proposed by NATO allies US, the UK and France after their withdrew their troops from Afghanistan. The three countries asserted that the Taliban should stick to its assurances and allow a safe passage for Afghans and foreigners who want to leave the country.