More than 1,400 rescuers have been searching through the rubble since the magnitude 5.6 quake, which injured more than 2,000 people. 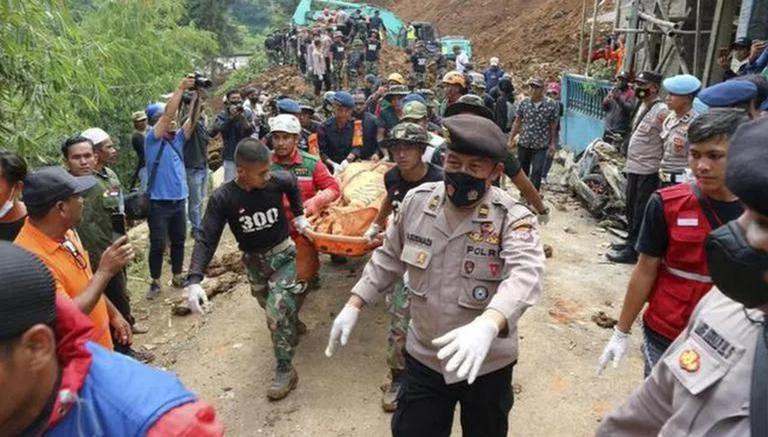 
The death toll from an earthquake that struck Indonesia's Java island early this week rose to 310 after rescuers found more bodies under landslides, an official said. At least 24 people remain missing.

In devasted towns in western Java, residents gathered near badly damaged mosques for Friday prayers. Others held prayers along with rescuers between the tents at evacuation centers.

More than 1,400 rescuers have been searching through the rubble since the magnitude 5.6 quake, which injured more than 2,000 people.

The head of the National Disaster Management Agency, Suharyanto, who uses one name, said rescuers will continue searching until rebuilding begins.

“We will do it up to the last person. There is no reduction whatsoever, in strength, enthusiasm, or the equipment,” Suharyanto said.

He said distribution of food and other aid is improving and is reaching more people in 110 evacuation locations.

The disaster agency said the earthquake damaged at least 56,000 houses and displaced at least 36,000 people. Hundreds of public facilities were destroyed, including 363 schools.

An earthquake of that strength would not typically cause such serious damage. But Monday's quake was shallow and shook a densely populated area that lacks earthquake-resistant infrastructure.

Indonesia is frequently struck by earthquakes, volcanic eruptions and tsunamis because of its location on the arc of volcanoes and fault lines in the Pacific Basin known as the “Ring of Fire.”