Sukmawati Sukarnoputri, the daughter of Indonesia’s former President Sukarno, on Tuesday, 26 October, converted to Hinduism or Sudhi Wadani on her 70th birthday 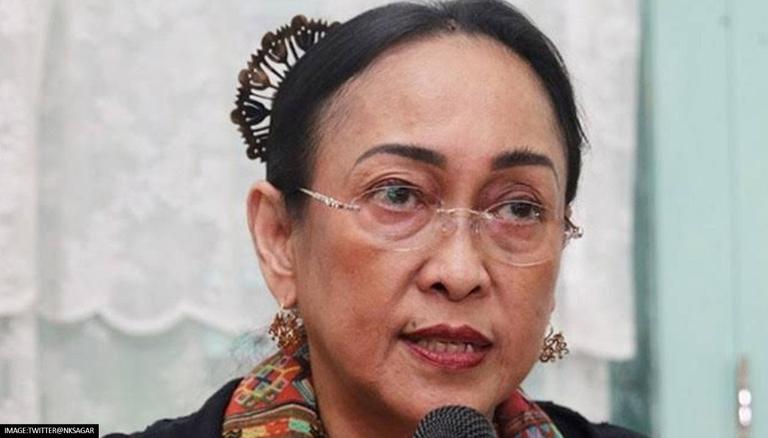 
Sukmawati Sukarnoputri, the daughter of Indonesia’s former President Sukarno, on Tuesday, 26 October, converted to Hinduism or Sudhi Wadani on her 70th birthday. According to the Indonesian news portal Detiknews, Sukmawati expressed her views on her conversion and said that she thought of converting to Hinduism after her husband died. She explained that according to her, Hinduism is her religion of choice because it has intimacy with the Balinese people.

Sukmawati is the third daughter of Sukarno and the younger sister of former Indonesian President Megawati Sukarnoputri. She was married to Mangkunegara IX - a staunch Islamist - but was divorced in 1984. As per her political party (Indonesian Democratic Party), Sukarnoputri’s decision to convert was influenced by her grandmother - Nyoman Rai Srimben - who is a Hindu.

It is to mention that in Indonesia, Islam is the most popular religion with almost nine-tenth of the population practising it, according to the world population review. A party representative told CNN that the Indonesian princess has stated that she would like her place in Hindu dominated Bali and not Muslim dominated Jakarta. The plan was earlier presented to the family and was later been approved.

Meanwhile, according to reports, in 2018, hardline Islamic groups filed a blasphemy complaint against Sukmawati Sukarnoputri, accusing her of reciting a poem insulting Islam. The daughter of Indonesia's former President had then apologised. Islam is the largest religion in Indonesia and the Southeast Asian nation has probably the largest Muslim population in the world.

READ | Indonesia, Malaysia concerned over Australia's nuclear subs: 'Will not benefit anyone'