Internet Left Chuckling After Bear Breaks Into A House, Fall Asleep In A Closet. Here Are The Pictures

A black bear was found sleeping in a closet after reportedly locking itself into the room. The incident took place at Montana, USA.

A black bear was found sleeping in a closet after reportedly locking itself into the room. The incident took place at Montana, USA and ever since the pictures of the intrusion have been shared online, it is going viral on the internet. The police were alerted about the mysterious activity in the wee hours of the morning, who then reportedly tranquilized the mammal and removed him from the house premises.

READ: Malaysian Singer Arrested Over Keeping A Bear As A Pet, Says She Mistook It For A Dog

After the incident, the police have warned people to lock up their homes as the bear reportedly tried at least two doors in the area.

Reports suggest that the bear entered a laundry room in the house and managed to bolt the door on the inside. The mammal is said to have ripped the room apart before feeling tired and climbing into the closet for a nap. The area's police also uploaded a Facebook status to let the residents in and around know about it. 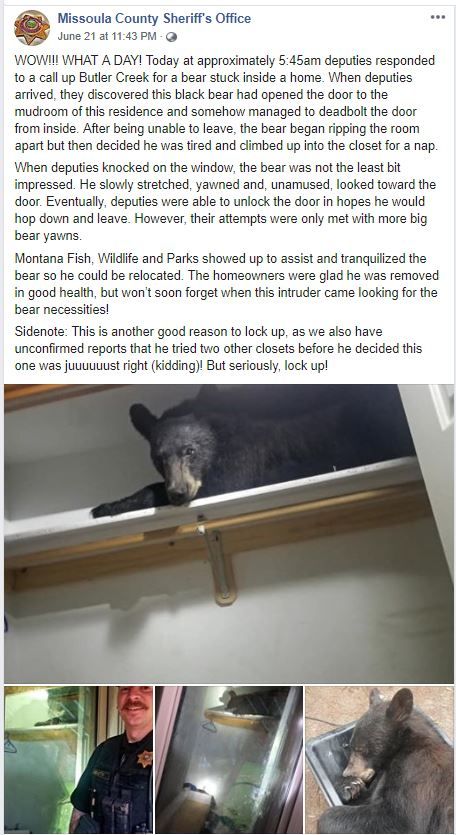 Below are the pictures: 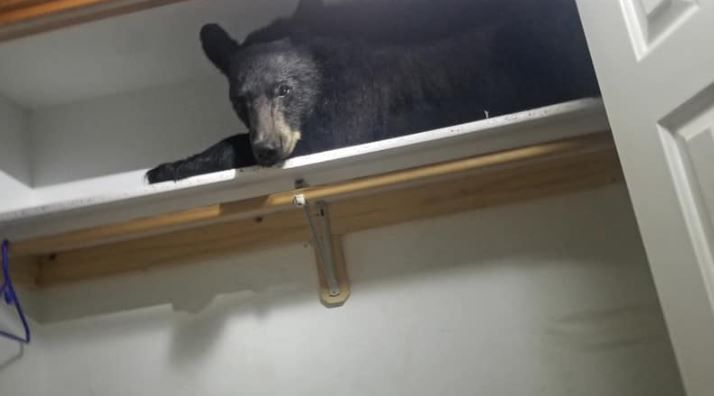 Ever since the pictures have been posted, the internet can't stop chuckling. "Love These", "Blessings to the bear", read some of the comments. 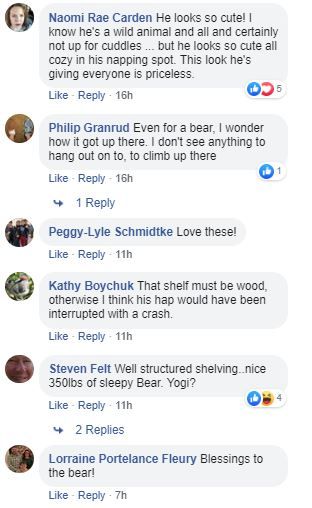 READ: This Viral Post About A Dog And A Bear Will Amaze You. Read Here