"If economic problems remain, they [Taliban] will cause extremism which will not only threaten Afghanistan but the entire region," an Iranian official stressed. 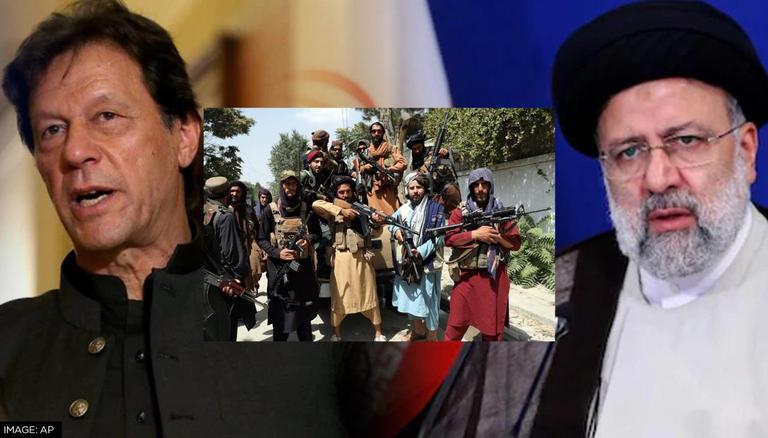 
In its first official stance on the newly established Taliban government, Iran on Sunday has said that it will not recognize the regime unless it is “inclusive,” according to ANI. Iran’s foreign policy advisor to Supreme Leader Sayyid Ali Hosseini Khamenei, Kamal Kharrazi, had earlier asked the Taliban to form an inclusive government and prevent “foreign influence” in Afghanistan, without categorically mentioning Pakistan.

The head of Iran’s Strategic Council on Foreign Relations had iterated that if the Taliban, during its rule, will “provide for the formation of an inclusive government of different minorities, protect the country’s independence and not allow foreign powers to have a presence and influence in the country, they will be embraced by the Islamic resistance front,” Iran International had reported.  The latter was referring to the anti-West Islamic resistance front formed by the alliances of Iraqi Shiite militias, the Lebanese Hezbollah, and Yemen’s Houthis.

Now, echoing its concerns once again, Iranian Ambassador Bahadur Aminian on Jan. 2, Sunday said that Tehran may play a vital role in persuading other nations to recognize the Afghan government if the Taliban reflects on the reforms to its governance structure. In an interview to Afghanistan’s Tolo News, Aminian reiterated: "If a group comes (to power) and the group is (comprised) of a single ethnic group and all other ethnic groups are not included in the government, we don't accept it, and, therefore, we benevolently call on the Taliban rulers to form an inclusive government.”

READ | Iran slams US concerns over rocket launch, says Tehran has right to use 'peaceful tech'

The Iranian official further emphasized the economic crisis within the territory, stressing that the lack of financial support will flare the problem of extremism, particularly from the for Islamic State - Khorasan (IS-K), raising the security issue in the region, as per Tolo News.

In response to Iran's concerns, the Taliban's Deputy Spokesperson, Inamullah Samangani, said that Aminian's comments are an attempt to interfere in Afghanistan's internal affairs. "Is the government or the cabinet of Iran based on other people's definition of inclusive?" the Taliban spokesperson questioned. "Every country has their own definition of inclusive government based on their national interests," he further said, reacting to the Iranian official's remarks. "This government should be inclusive based on the Afghan nation's wishes, not based on foreign countries' interference," meanwhile, Sayed Javad Husseini, leader of Hezb-e-Adalat Wa-Tawsa, told Tolo News. Taliban, which has been desperate to seek international recognition, has been asked by the nations worldwide to respect the individual rights of women and establish an inclusive government. The international community has urged that the Taliban must also ensure that its soil shall not be used as a safe haven for terrorism.

While the US president urged the international community not to rush to formally recognize the formerly designated terrorist organization's all-male government of hardline clerics, Pakistan Prime Minister Imran Khan solely stood justifying the Taliban’s gross violations of human rights, discrimination against women, and a ban on education for girls. The latter told the international community at the 17th session of the Organization of Islamic Cooperation (OIC) held in Islamabad to “understand that the idea of human rights and women’s rights is different in every society.”

The embattled leader of Pakistan, thus far, has been a staunch supporter of the hardline Islamist Taliban regime that has been enacting the stringent Sharia law as a basis of governance. Khan justified the Taliban’s positioning on banning young girls at education institutions, and the faction's human rights abuses, comparing it to the culture in Khyber-Pakhtunkhwa of Peshawar, as he stressed that the countries worldwide must be “sensitive to tribal customs”.