Amid the ongoing turmoil, Iran's Revolutionary Court has sentenced one anti-government demonstrator to death and given jail terms to five others. 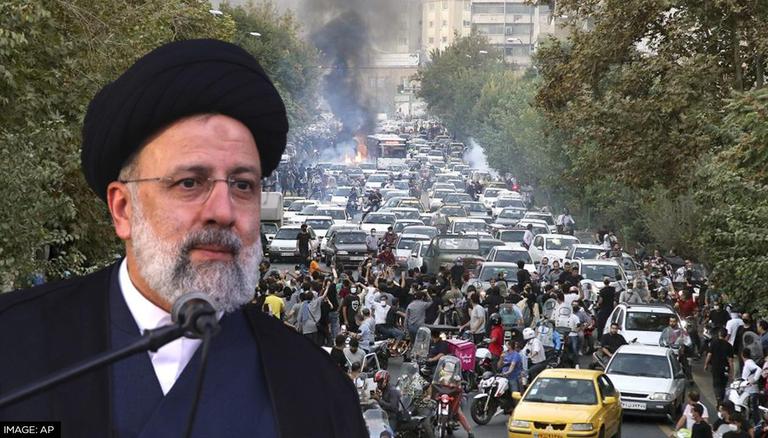 
In the midst of the ongoing turmoil in Iran following the tragic demise of 22-year-old Mahsa Amini in police custody, the Revolutionary Court of the nation has sentenced one anti-government demonstrator to death and given jail terms to five others, according to the official media house of Iran. This verdict most likely represents the first death sentence in the trials of people detained for taking part in the anti-clerical rule demonstrations that have rocked Iran over the past several weeks.

According to Mizan, a news website affiliated with Iran's judiciary, the protester has received the death sentence as he was accused of setting fire to a government facility. Additionally, five people were sentenced to prison terms ranging from five to ten years for suspected violations of public order and national security.

The verdicts have been handed out by several branches of the Revolutionary Court, according to Mizan, who did not provide any other information about the demonstrators who were on trial and had the right to appeal the rulings.

Furthermore, the Iranian judiciary claimed that this is just the beginning of the trials for people who were detained during the protests two months ago. Subsequent trials will take place, Iran International reported. Besides this, the Iranian Judiciary has not released the names of the detainees.

The verdicts were rendered by a "court of the first instance," but they may be overturned if the guilty party appealed to an appeals court.

As per the Iranian International report, nobody is aware of the trials' dates, locations, or if the defendants got an opportunity to present a defense. In the majority of such instances, the government forbids defendants from selecting their own attorneys, and there is no due process of law.

It is pertinent to mention that the court, which was founded in the wake of the 1979 Islamic Revolution, is renowned for imposing severe penalties on Iranian clerics who challenge its control. Iran has already filed criminal charges against hundreds of detained demonstrators, announcing that public hearings will be held for their cases.

Notably, the anti-government demonstrations which currently entered their eighth week erupted following the death of the Iranian woman in custody who was detained for allegedly breaking the nation's stringent dress code for women by not wearing headscarves, or hijab properly.

READ | Germany's Scholz slams Iran's regime over protests crackdown; 'What kind of govt are you?'

Hundreds of individuals in other Iranian provinces had accusations announced against them by judicial officials. Some people have been charged with "corruption on earth" and "war against God," both of which are crimes that are punishable by death.

Meanwhile, an Iranian court on Wednesday, November 2 sentenced almost seven anti-Islamic Republic cleric regime demonstrators to death. One of the protestors who was sentenced for opposing the nation's morality police is only 22 years old. Up to 1000 women's rights protesters have so far been charged by the court. When Iranian security forces cracked down on the demonstrators for rebelling against the country's strong Shiite Islamic supreme leader Ali Khamenei, they mercilessly beat, tortured, and killed dozens of them.