External Affairs Minister S Jaishankar on September 17 informed that he met his Uzbek counterpart Abdulaziz Kamilov on the sidelines of the SCO Summit. 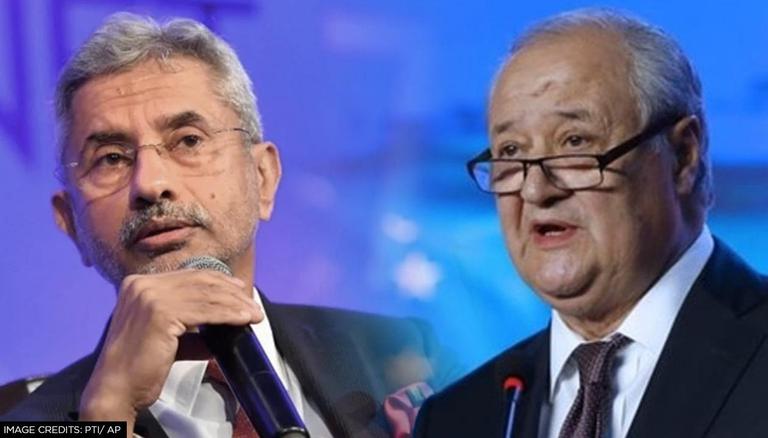 
External Affairs Minister S Jaishankar on 17 September informed that he met his Uzbek counterpart Abdulaziz Kamilov on the sidelines of the Shanghai Cooperation Organization (SCO) Summit in Dushanbe, Tajikistan. The meeting between the two leaders focused on the Afghanistan's situation. After the meeting, Jaishankar said that combating terrorism and “close cooperation” between India and Uzbekistan is in mutual interest.

Our conversation focused on the Afghanistan situation. As countries combating terrorism and fundamentalism, our close cooperation is in mutual interest. pic.twitter.com/Y7eJm5nua9

Jaishankar is in the Tajik capital to attend a key meeting of the SCO on the situation in Afghanistan after its takeover by the Taliban. Before meeting Kamilov, EAM Jaishankar also met his counterparts from Iran and Armenia, and exchanged views on the recent developments in the war-ravaged nation.

In his meeting with Armenian Foreign Minister Ararat Mirzoyan, the EAM said that the two leaders “positively reviewed” the bilateral cooperation and agreed to work together to expand it further. In a separate tweet, Jaishankar said that he was “glad to meet” Iranian Foreign Minister Hossein Amir Abdollahian in Dushanbe.

Positively reviewed our cooperation and will work to expand it further. pic.twitter.com/yNdKTTWUHK

Glad to meet Iranian FM @Amirabdolahian on the sidelines of the SCO meet in Dushanbe.

The SCO is an eight-member economic and security bloc and has emerged as one the largest transregional international organisation. It is worth mentioning that Prime Minister Narendra Modi is now scheduled to virtually participate in the SCO Summit on 17 September. Jaishankar, on the other hand, will be attending the meeting on Afghanistan with the heads of SCO and the Collective Security Treaty Organisation.

As per India's Ministry of External Affairs (MEA), the summit will have discussions on past productivity and future aspects.

"At the Summit, the leaders are expected to review the organization’s activities over the past two decades and discuss the state and prospects of future cooperation. Topical issues of regional and international importance are also expected to be discussed," said a statement by the MEA.