Japan's nationwide lockdown was extended till May 31 following which the authorities have now issued new social behaviour guidelines for the residents.

In a bid to stem the spread of coronavirus, the Japanese government imposed a state of emergency on April 7. Recently, the nationwide lockdown was extended till May 31 following which the authorities have now issued new social behaviour guidelines for the residents.  As of now, Japan has reported 15,253 positive cases of the virus and 556 fatalities.

Speaking at a news conference on May 4, the expert panel said that though the number of newly infected cases was on the decline, emergency measures would remain in place. They added that a surge in cases could overwhelm the hospitals and medical staff, therefore, these emergency measures were expected to become a norm in the Japanese culture.

The 'new norms' include wearing face mask outdoors, keeping a minimum of 6.5 ft distance from other people, teleworking or working from home as much as possible,  avoiding crowded spaces and washing hands frequently.  However, soon, these advice attracted a lot of online flak. Many people took to Twitter and other social media sites to comment that it was 'patronizing act to try to enforce them'. One particular recommendation that included people eating in restaurants to sit outside, side to side and keep conversations to the minimum triggered the worst adverse reactions. 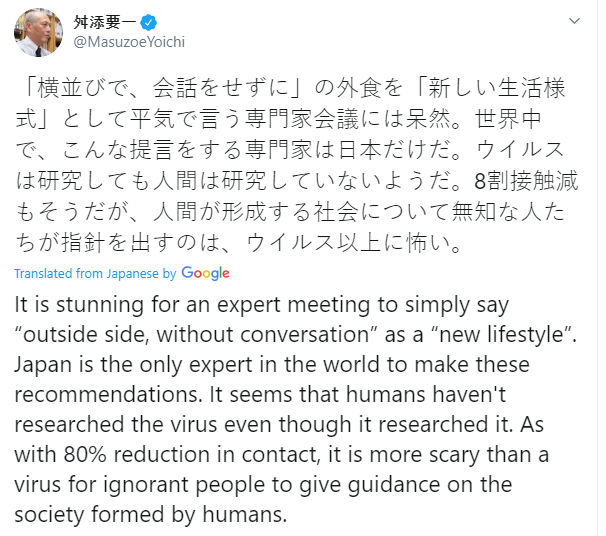 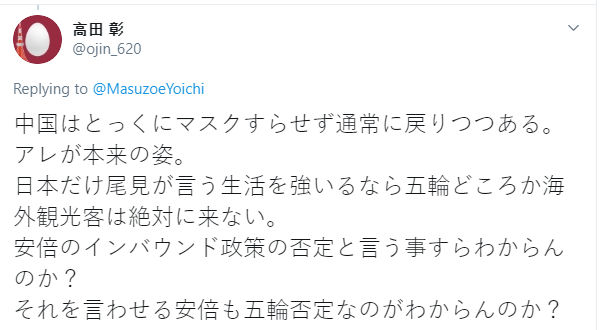 Read: Murder Hornets Invasion: How Japanese Bees Fight Their Apex Predator Should Give US Ideas

Recently, Prime Minister Shinzo Abe shared the Japanese government’s assessment of the recent decline in the spread of the virus around the country and highlighted the continuing difficulties faced by medical institutions. Speaking at a news conference he said, "Considering the highly severe conditions faced by medical institutions, and the burden on healthcare professionals who are right now devoting themselves to saving as many lives as possible, we recognize that the current circumstances are still extremely challenging."

Meanwhile, Japan's sumo association has reportedly said that it would cancel its upcoming tournament and aim to hold the following one behind closed doors, as the country extended a state of emergency over the coronavirus. The next sumo "basho" or tournament had been scheduled to begin on May 24, after organizers of the nation's ancient sport delayed the event by two weeks over the pandemic. But chairman Hakkaku said in a statement that the association had decided to cancel the May tournament "in order to secure the health and safety of fans and people involved."

PEOPLE HAVE PLEDGED SO FAR
LATEST NEWS
View all
2 hours ago
Bethlehem nativity church reopens after coronavirus closure
4 hours ago
Asian shares up as recovery hopes overshadow virus worries
1 hour ago
Dutch pm says he did not see his dying mother due to coronavirus lockdown
3 hours ago
Dubai set to resume business activities, allow free movement from may 27
3 hours ago
Macao gaming tycoon stanley ho has died at 98