Japanese has expressed its concerns to Russia and China over joint patrolling by their air forces in the Asia Pacific region. 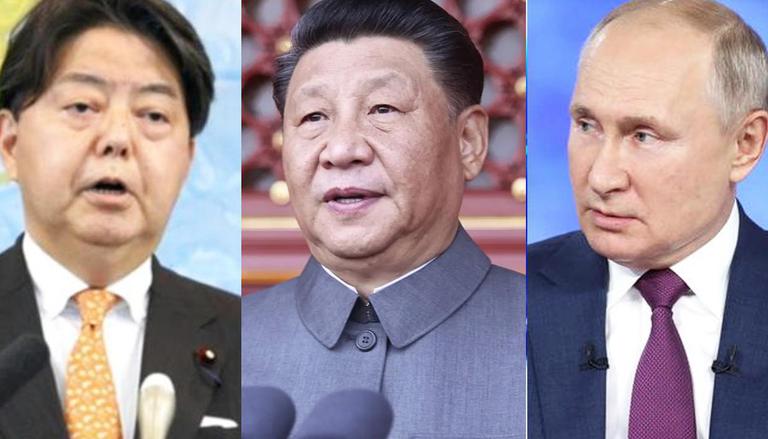 
On Sunday, Japan expressed its concerns to Russia and China over joint patrolling by their air forces in the Asia Pacific region. Japanese foreign minister Yoshimasa Hayashi stated that concerns have been conveyed to both countries about their actions via diplomatic channels. "As previously, we raised our apprehensions from the perspective of regional security in the Asia Pacific region," he was quoted as saying by the news agency Sputnik. According to the Russian Defense Ministry, the Russian and Chinese militaries conducted the third combined air patrolling in the Asia-Pacific using strategic bombers on Friday, November 19.

Meanwhile, the Chinese Defence Ministry stated that Beijing sent two H-6K aircraft to form a combined formation with two Russian Tu-95MC aircraft over the Sea of Japan and the East China Sea. The aircraft strictly followed international law during the patrol and did not breach the airspace of any countries, added the ministry. It further informed that this was the third coordinated strategic air patrol between the Chinese and Russian armed forces. It aims to strengthen the China-Russia comprehensive strategic partnership of coordination in the new era, improve strategic coordination and joint operational capabilities, and jointly maintain global strategic stability.

Last month, the Chinese and Russian navies also conducted their first-ever maritime patrol under 'Maritime Interaction-2021.' It was conducted in Western Pacific waters, with a total of 10 warships from the Russian Pacific Fleet and six carrier-based helicopters participating in the military drill in the Sea of Japan and the East China Sea, reported ANI. The joint military exercise included tactical naval manoeuvring, anti-mine detachment support, and conducted artillery fire at sea targets, with the actual use of weaponry. The warships from navies of both countries sailed through the Tsugaru Strait separating Japan's main island and its northern island of Hokkaido.

WE RECOMMEND
What drives high-profile disappearances in China?
Is Xi Jinping 'President For Life?' Why 2022 is Make-or-Break for China's leader
China slams US for 'politicising Beijing Olympics'; says it could harm athletes' interests
China reduces ties with Lithuania over Taiwan's representative office opening in Vilnius
Japan to host QUAD meet in 2022; US says India to play key role in defining Asia's future