On October 14 afternoon, a meeting to dissolve Japan's current House of Representatives began, and after the reading of the rescript of dissolution 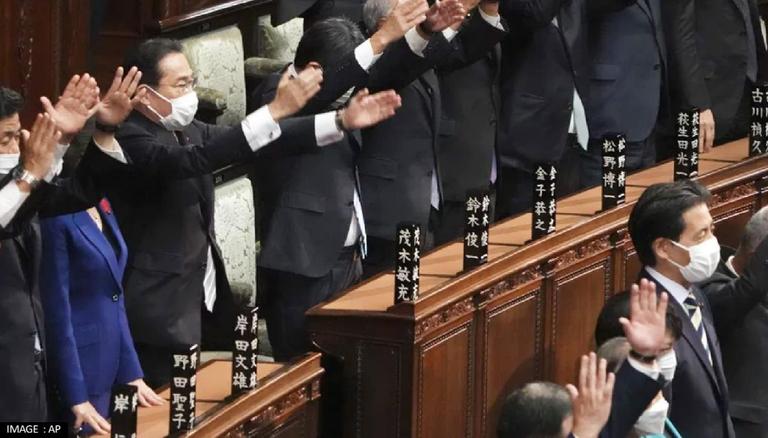 
On October 14 afternoon, a meeting to dissolve Japan's current House of Representatives began, and after the reading of the rescript of dissolution, the lower house will be formally dissolved. After the four-year term of lower house members expires on October 21, a general election will be conducted on October 31. This will be the first time in Japan's postwar history that a general election will be held after a term has expired. Furthermore, the time between the lower house's dissolution and the election day will be the shortest.

Fumio Kishida, the newly elected Japanese Prime Minister, won the ruling (LDP) Liberal Democratic Party's presidential election on September 29 and was chosen as Prime Minister on October 4 in an LDP-led coalition-controlled parliament. Kishida will like to gain more public support for his initiatives to help the devastated economy recover from the epidemic and to improve the COVID-19 response in the general election. Kishida promised to achieve economic growth for the country with his "new kind of capitalism" and redistribute the fruits of that accomplishment to build a stronger middle class in his maiden policy speech. He has recently stressed, however, that Japan must first achieve economic development before redistributing wealth.

Can Kishida's government emerge from the shadow of Suga's nine-year dominance?

He succeeded Yoshihide Suga, who served as Prime Minister for only a year and whose popularity was shattered by his perceived harsh handling of the Coronavirus and determination on holding the Tokyo Olympics despite mounting virus cases. The question is whether or not Kishida's government can emerge from the shadow of Abe-nearly Suga's nine-year dominance, which some have described as domineering to the point of muzzling diverse viewpoints. After being elected prime minister by parliament only ten days ago, Kishida stated he is seeking a mandate for his plans.

Four major opposition parties have pledged to work together on several initiatives, like correcting income disparities that they claim grew during Shinzo Abe's administration and were exacerbated by the pandemic. After the speaker of the house, Tadamori Oshima, announced the dissolution, the 465 members in the lower chamber stood up, screamed "banzai" three times, and exited, AP reported. Tuesday is the first day of official campaigning for all 465 newly vacant seats.