Amazon and Blue Origin founder, Jeff Bezos has put a soft-serve machine at his $175 million Beverly Hills compound, according to CVT Soft Serve. 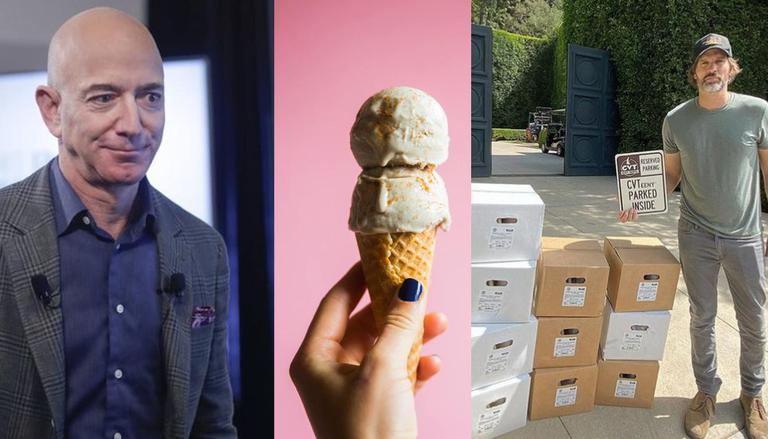 
According to an Instagram post from Los Angeles, soft-serve ice-cream firm CVT Soft Serve this week, the Amazon and Blue Origin founder, Jeff Bezos, has put a soft-serve machine inside his Los Angeles home. "I just did an ice cream delivery to a guy that now has CVT on tap in his house 24/7, thank you Jeff Bezos for being our first residential CVTeeny client." The message is accompanied by a photo of the company's founder, Joe Nicchi.

The CVTeeny is a soft-serve ice cream machine with a customised "licence plate" on the front that looks like a food truck. According to the company's website, the machine serves vanilla, chocolate, and twist soft-serve. It's unclear which of Bezos' properties the machine was installed in, but based on CVT's photographs, it appears to be his Beverly Hills villa. He paid $165 million for the mansion, formerly known as the Warner Estate, in February 2020, shattering the record for the most expensive home transaction in California history. He then added a $10 million property next door, resulting in a $175 million compound.

A soft-serve ice cream machine is not all that pricey, and the real question is why someone like Bezos would settle for soft-serve. He could have easily had his own personal Ben & Jerry's, Kawartha Dairy, or a plethora of other, superior frozen delicacies, but he went with soft-serve.

READ | WATCH: Jeff Bezos' video from 2000 made people laugh when he spoke of exploring space

Bezos has previously demonstrated that, like many people, he can't resist the allure of soft-serve ice cream. He was photographed with two of his children at Milk Bar, a dessert restaurant and bakery owned by chef Christina Tosi, in New York City in April 2019. He ordered the company's famous Cereal Milk ice cream, meant to taste like "the bottom of your cereal bowl," according to Page Six at the time. Bezos will no longer have to make a unique journey to obtain his soft-serve fix due to his new endless ice-cream machine.

Not only Bezos but other billionaires, such as Warren Buffet, are also known for their odd diets, including eating ice cream for breakfast, eating a lot of McDonald's, and drinking Coke virtually constantly.

WE RECOMMEND
WATCH: Jeff Bezos' video from 2000 made people laugh when he spoke of exploring space
Dutch teen who flew to space with Jeff Bezos 'never brought anything from Amazon'
LinkedIn user publishes a funny fake post about meeting Jeff Bezos, netizens believed it
Louis Vuitton owner Bernard Arnault surpasses Jeff Bezos again as world's richest person
Elon Musk says Jeff Bezos would be on Pluto 'if lawyers & lobbying could get you to orbit'