Karabakh Agreement To Be Discussed By Russia And Armenia; Meeting Scheduled For Oct 12

The execution of the trilateral accords on Nagorno-Karabakh will be discussed by Russian President Vladimir Putin and Armenian Prime Minister Nikol Pashinyan. 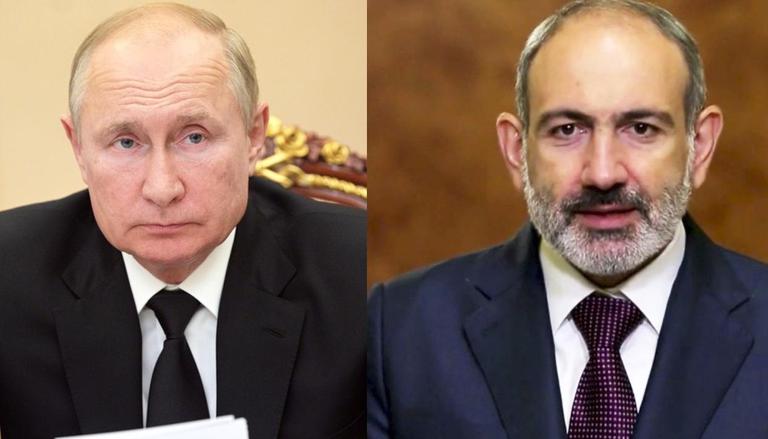 
The execution of the trilateral accords on Nagorno-Karabakh will be discussed by Russian President Vladimir Putin and Armenian Prime Minister Nikol Pashinyan during their talks in Moscow on Tuesday, according to the Kremlin. Putin and Pashinyan will discuss bilateral relations as well as collaboration within international alliances.

On Monday, the Kremlin issued a statement, "On October 12, Russian Federation President Vladimir Putin and Armenian Prime Minister Nikol Pashinyan will hold negotiations in Moscow. They plan to discuss the implementation of the statements on Nagorno-Karabakh, which Russian, Armenian and Azerbaijani leaders made on November 9, 2020, and January 11, 2021, and further steps to strengthen regional stability and maintain economic ties."

Relevant concerns about the development of bilateral ties and collaboration within the Eurasian integration associations are slated to be discussed, according to the Kremlin's press service and the press office of the Armenian Cabinet of Ministers.

A meeting between Putin and Pashinyan is planned for October 12 in Moscow, according to TASS. On September 27, 2020, a series of violent hostilities between Azerbaijan and Armenia started, with severe fighting in the disputed area of Nagorno-Karabakh.

President Vladimir Putin of Russia, President Ilham Aliyev of Azerbaijan, and Prime Minister Nikol Pashinyan of Armenia signed a joint statement on a complete ceasefire in Nagorno-Karabakh on November 9, 2020.

The Azerbaijani and Armenian sides kept their previous positions, but since Baku had control of various regions, Russian soldiers were posted along the contact line and the Lachin corridor, according to TASS.

Armenian Prime Minister Nikol Pashinyan said after signing the deal, said that Armenia would never consider itself defeated, and that the deal shall become a fresh start of an era of their national unity and regeneration.

Though Russia has been a significant player in Armenia since the early 19th century, bilateral relations between modern-day Armenia and the Russian Federation were formed on April 3, 1992. The Russian Empire and Qajar Persia fought a war from 1826 to 1828 in which Eastern Armenia surrendered to Russia. Furthermore, Russia was seen as a protector of the Ottoman Empire's Christian subjects, particularly the Armenians.