Kenya prepares to sue the British army for the fire allegedly caused due to activities of soldiers. The fire is said to have destroyed over 12000 acres of land. 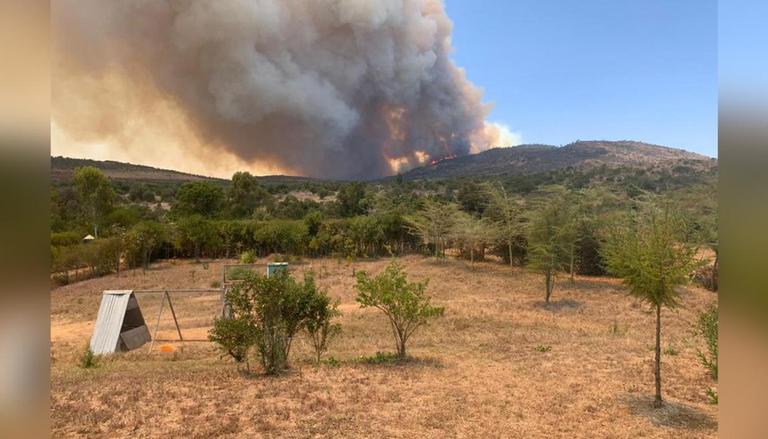 
The controversy surrounding the March 2021 fire at Lolldaiga Conservancy in Laikipia County of Kenya has taken a fresh new twist after Kenya prepares to sue the British army for the fire allegedly caused due to activities by the soldier. The fire is said to have destroyed over 12,000 acres of land at the privately-owned wildlife sanctuary. The conservancy is home to several animals including some endangered species.

Earlier on March 31, 2021, the African Center for Corrective and Preventive Action (ACCPA) sued the British troops after the fire killed villagers and wildlife animals. The group had filed a petition for compensation at the Environment and Land Court in Nyeri to be paid by the British Army Training Unit in Kenya (Batuk) for the havoc caused to the lives of the fire in the conservancy.

“As a result of the respondents’ actions, millions of tonnes of carbon emissions have been emitted into the ozone layer which is likely to cause irreparable loss and damage to the environment,” the petition read. Furthermore, they had also demanded the British Army Commanding offer to bear the responsibility of restoring the destroyed wildlife. The lawsuit was filed with the consent of about 1000 local residents around the sanctuary.

No acknowledgment of lives lost

According to BBC, a local Linus Murangiri plummeted death when he rushed to douse the fire at the Kenyan sanctuary. However, his death has not been acknowledged by the Kenyan government or the British Army. Although there is no evidence that British Army was directly involved with the death, his wife told BBC that she wants a quick probe into the matter to let the world know how her husband died.

Explaining the momentum of the inferno, locals told BBC that 'thick plumes of smoke filled the sky,' which made it difficult for the residents to relocate. While many residents suffered burning eyes, some had to be admitted to the hospital due to choking after smoke inhalation. The area 'smelled like barbecue' presumably due to the death of animals, said another resident under the condition of anonymity. However, the Kenya Wildlife Service (KWS) denied any claims of any cattle deaths. Meanwhile, the British High Commission refused to speak on the "ongoing court case" even after an internal investigation was conducted to determine the quantum of damage rendered by the fire.

The Lolldaiga conservancy is about 49,000 acres of hilly bushland with a backdrop of the ice-capped Mount Kenya. It is a chunk of the Laikipia plateau. Allegedly, hundreds of thousands of acres of land were seized by the British during the colonial era, which has lead to land disputes which continue to this day.

A few kilometers to the south of the conservancy are the newly remodeled Nyati Barracks, a £70m facility also known as British Army Training Unit Kenya (Batuk). The facility hosts thousands of British troops every year for massive exercises in Lolldaiga, which offers ideal conditions for harsh environment training.