The supreme leader of North Korea, Kim Jong-un has chastised health authorities and ordered the army to assist in the distribution of COVID medicines. 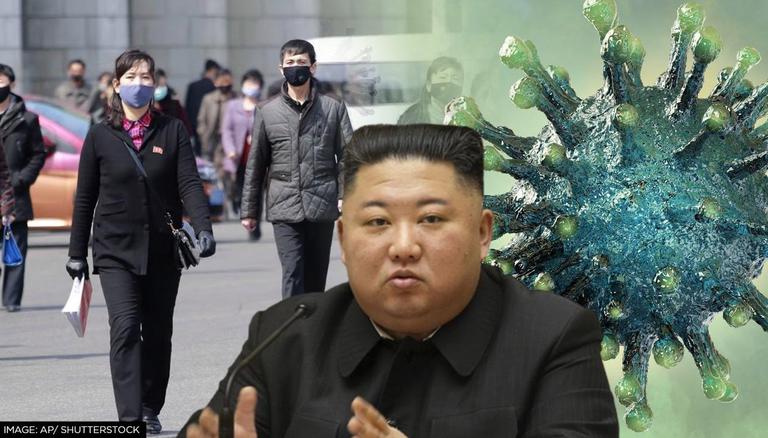 
As a fresh COVID-19 wave wreaks havoc in North Korea, Kim Jong-un, the supreme leader of the nation, has chastised health authorities and ordered the army to assist in the distribution of medicines. The North Korean leader has ordered the nation's military to stabilise COVID-19 medicine delivery in the capital, Pyongyang, state media reported.

Kim gave an order as the 'chairman' of the party's Central Military Commission to deploy "the military medical field of the People's Army" to stabilise the flow of medicines in Pyongyang, Kyodo News reported.

Notably, according to the Korean Central News Agency (KCNA), more than 392,900 new instances of ‘fever’ were detected in a 24-hour period ending late Sunday afternoon, up from over 90,000 the day before. Eight new deaths have also been recorded, by what Pyongyang is calling a "fever".

Since confirming its first COVID-19 case on May 12, Thursday, over two years after the COVID outbreak started, North Korea has recorded approximately 1.21 million cases of fever and 50 fatalities.

As North Korea's testing capacity is restricted, only a few instances of COVID cases have been confirmed, BBC reported. It is pertinent to note that because of the lack of vaccinations and a weak healthcare system, North Koreans are particularly vulnerable to the virus. In the remote parts of the nation, a countrywide lockdown has been implemented.

Apart from this, North Korean leader Kim, according to state media, called an emergency politburo meeting over the weekend, accusing authorities of messing up the allocation of national medicine stocks. He instructed the army's medical unit to intervene with strong troops to quickly 'stabilise' the supply of medications. Despite specialists suspecting that the virus has been spreading for some period of time, the nation revealed its first confirmed COVID cases last week.

According to BBC, Kim has implemented "maximum emergency" virus measures, which include workplace lockdowns and gathering limitations.

Meanwhile, South Korea has planned to conduct working-level discussions with its neighbour, North Korea, supposedly to aid it in battling the virus's transmission. A South Korean official was cited by Yonhap news agency as saying, "The government is actively reviewing to officially propose to North Korea holding a working-level meeting in the upcoming week".

Further, South Korea's Unification Ministry has announced that the nation will provide "practical help" to the North as quickly as possible in its COVID response.