Vince Rozmiarek has come to make a name for himself online for his puns and dad jokes. He has a Facebook page where his custom sign board jokes can be seen

Vince Rozmiarek has come to make a name for himself online for his puns and dad jokes. He has a Facebook page named Indian Hills Community Sign where for the past six years he has been posting amusing jokes on the signboards of the Indian Hills Community Center located at the Indian Hills Colorado. Rozmiarek is a volunteer at the center and his key responsibility is to manage the road signs which are placed along the only highway in a town of 1,000 people.  Vince Rozmiarek has been part of the community and delighting its members with his pun-intended jokes and witty sense of humor.

His witty humor has made to the internet. Many would think that in such a remote area with a limited number of people, his talent might go unnoticed, but the advent of social media his play-on-words went viral making the Netizens chuckle and groan in equal measure. His puns are rather pretty logical including jokes on trees, kitchen appliances, zoos, and even electricity. He told media that all he wants is to make people feel positive with a pinch of happiness. Rozmiarek, who is a dad of three himself, has been working for years to make perfect dad and witty jokes.

Here are some of his jokes, courtesy Indian Hills Community Sign 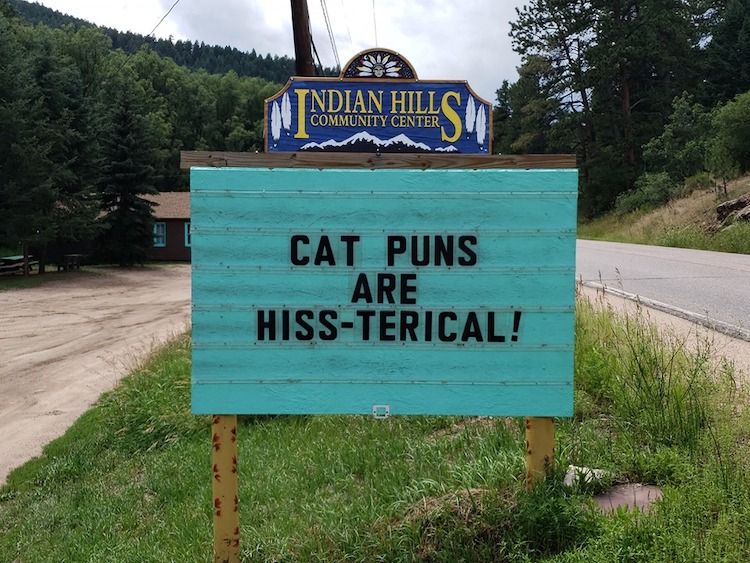 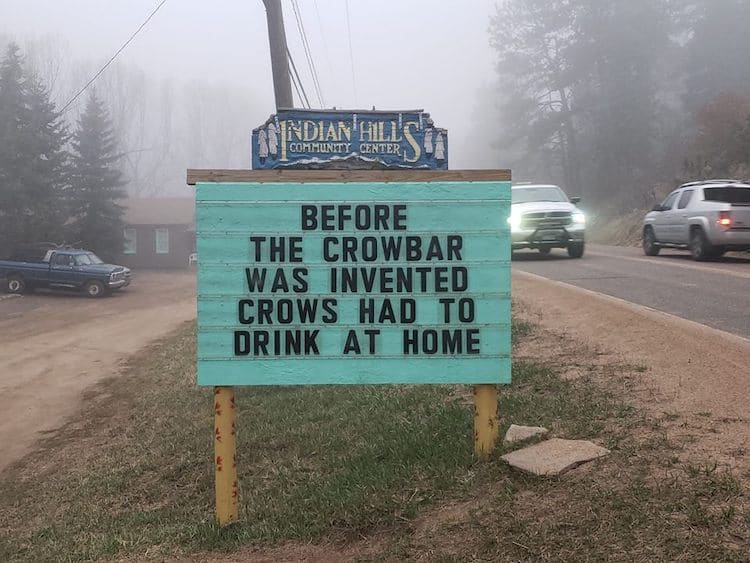 There are many signboards on the highway that one can find and amuse themselves on their road trips. Rozmiarek mostly posts an original pun twice in a week and all of his messages are unique with fresh humor. One can find phrases like “A few puns make me numb but math puns make me the number” and “My friend was teaching me about electricity and I was like watt”. And the list goes on. He told international media that he looks at his puns for an hour. The pun-master is inspired by the mid-20th century which he refers for the contemporary twist.

His jokes can be categorized into different categories like random jokes, random musings, jokes supporting the sports team and the ones for the local police. His first sign was actually April fool prank and the sign read, "We have a heavy police presence in the town of Morrison, which is next to Indian Hills, and they run a ton of speed traps,”.  Here have a look these amusing signboards. 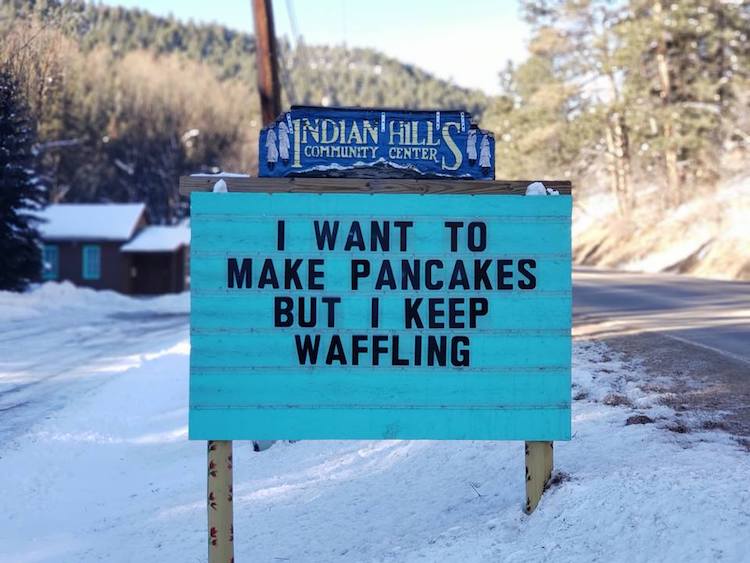 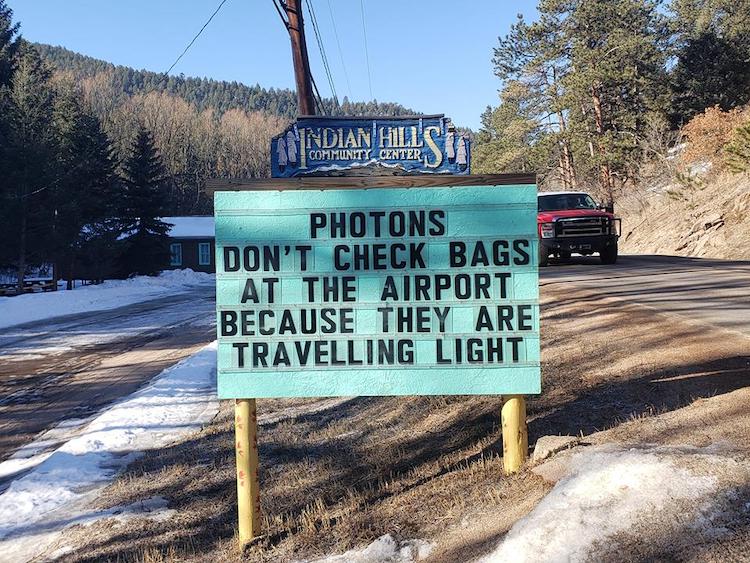