Maldives’ first democratically elected president and current Parliament Speaker Mohamed Nasheed is now in a critical condition after he was injured in a blast. 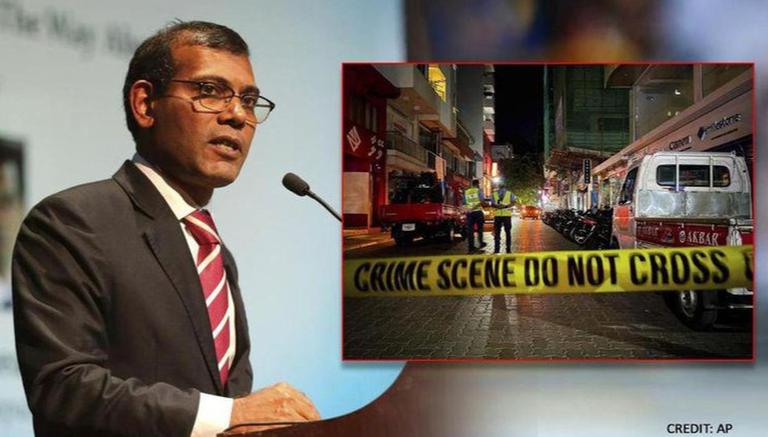 
Maldives’ first democratically elected president and current Parliament Speaker Mohamed Nasheed is now in a critical condition after he was injured in a blast on Thursday, May 6, near his home. Maldives police said that they treat the explosion as an act of terrorism but did not give details on possible suspects or the bomb device. As of now, no one has claimed responsibility for the blast. Nasheed, who is now 53, became the first democratically elected leader of the Maldives after a 30-year autocratic rule.

Following an explosion on Neeloafaru Magu in Malé, Speaker of Parliament President Mohamed Nasheed has sustained injuries and is currently receiving treatment at ADK Hospital.
1/2

Police are currently active on the scene and we urge the public to refrain from going to that area for the time being. We will keep updating the public.
2/2

All that you need to know

He served as president from the year 2008 to 2012.  He resigned amid protests in the region. His party colleague, Ibrahim Mohamed Solih, won the vote. Nasheed remained an influential figure and was elected Parliament speaker in 2019

According to the reports by AP, Police Commissioner Mohamed Hameed said that the police did not detect any military-grade components in the explosives used. However, the police are trying to identify four possible suspects but no arrests have been made.

President Nasheed underwent a successful final, critical, life-saving procedure this afternoon. Over the course of past 16 hours he had life-saving surgery on injuries to his head, chest, abdomen and limbs. He remains in a critical condition in intensive care.

Nasheed has championed global efforts to fight climate change, particularly rising seas threatening the low-lying islands of his archipelago nation. India’s External Affairs Minister S. Jaishankar in a tweet described the blast as an attack on Nasheed. Jaishankar wrote, "Deeply concerned at the attack on Speaker @MohamedNasheed. Wish him a speedy recovery. Know that he will never be intimidated".