A military aircraft struck two cars on the Syrian-Iraqi border on the night between 14 and 15 September, Sputnik reported citing an Iraqi militia source. 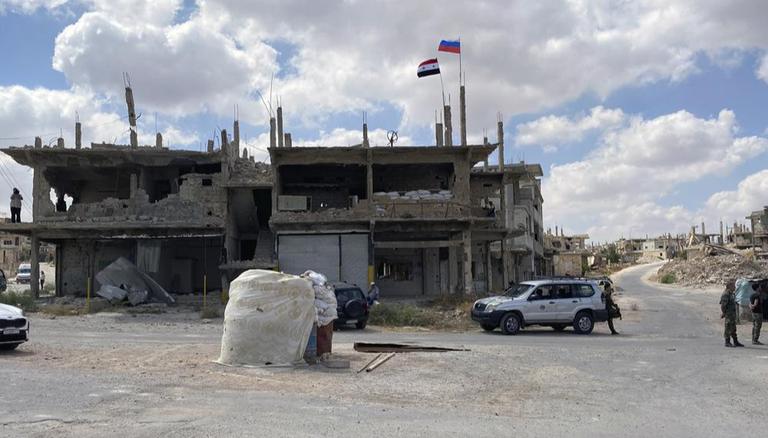 
A military aircraft struck two cars on the Syrian-Iraqi border on the night between 14 and 15 September, Sputnik reported citing a source in Iraqi militia. As per the source, the attack was inflicted by the US Air Force, which led to military intervention in the Syrian civil war three years ago. As of now, it is not clear how many people were affected by the strike or who was in the cars. Notably, aerial strikes or the use of UAVs are a common tactic used by the Americans to target potential threats, specifically in the middle east and central Asia.

What is happening in Iraq?

Under the Presidency of Barack Obama in 2011, the US withdrew its troops from the middle eastern country but reinstated them again in 2014. Last year, the troop levels were reduced to 2,500 after withdrawals based on then President Trump’s orders. However,  the killing of Iranian general Qassem Soleimani and Iraqi militia leader in January 2020, have rekindled calls for an increased withdrawal.

Amidst rising friction between Baghdad and Washington, assaults have seen a spike. In March, a similar attack, which involved 10 rockets hitting a base in western Iraq led to the killing of at least one American contractor. Meanwhile, in late February, Washington ordered strikes against Iran-aligned militia targets along the Iraq-Syria border. Again in June, the American military confirmed that it targeted operational and weapons storage facilities at two locations in Syria and one location in Iraq.

Syrian Bashar Hafez Al-Assad triggered a bloody civil war in 2011 after he tried to suppress opposition to his authoritarian rule, which now extends to 21 years. While armed fighting has now ended, government and militias continue to engage in a war of nerves and occasional assaults. With the coronavirus contagion wreaking havoc, the Syrian economy has plunged manifold with roughly 80 per cent of the population living under the poverty line. The pandemic has posed a tough situation for countries all across the globe, however, for Syria, it has been a major challenge with its economy and health care sector crippling due to the decade-long war-like situation.