The Myanmar Navy has released the 22 Bangladeshi fishermen who were detained while fishing near Saint Martin's Island, Dhaka Tribune reported. 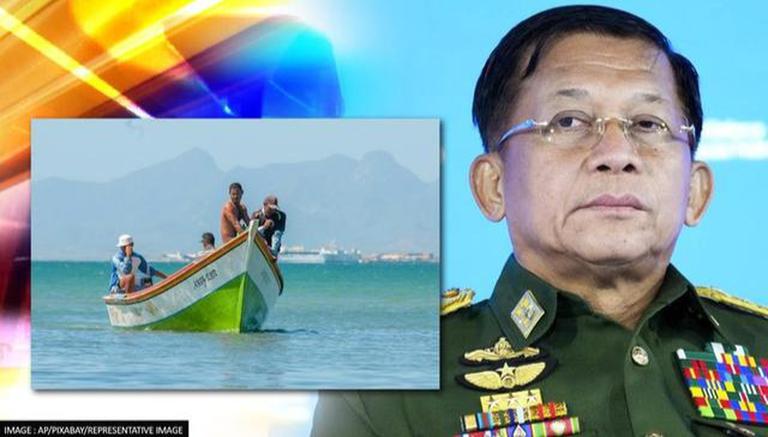 
A day after Myanmar Navy reportedly detained at least 22 Bangladeshi fishermen from Saint Martin's Island, were released, local media reported on Sunday. According to a report by the Dhaka Tribune, the fishermen were detained by the Myanmar Navy earlier on Saturday when they were reportedly roaming in Saint Martin's Island- an area that lies inside the Bangladesh maritime boundary.

"The Bangladeshi men were picked up by the neighbouring country's naval forces at around 9:30 am on Saturday," the local media outlet quoted the island's Union Parishad Chairman Nur Ahmed as saying. According to Ahmed, the fishermen were detained from the east side of the island. However, he noted the reason behind the "illegal" detention is yet to be clarified by the Myanmar Navy. Also, Ahmed claimed he had spoken to some of the fishermen over the phone who told him that the Navy officials allegedly detain them and then towed their trawlers.

Foreign Minister yet to clear all developments

"They said all of them were taken on board a Myanmar Navy ship and their trawlers had been towed. They did not know where they were being taken," he said. "Since then, their phones have been switched off. We have notified the Teknaf Upazila Nirbahi Officer (UNO) and other relevant authorities," Ahmed added. Further, the Bangladeshi broadsheet daily newspaper said Teknaf UNO Parvez Chowdhury had coordinated with the Border Guard Bangladesh and the Bangladesh Coast Guard and urged them to handle the situation. When the media outlet tried to contact the Foreign Minister Dr AK Abdul Momen and Foreign Secretary Masud Bin Momen to get the latest update, they refused to reply to the queries.

It is worth mentioning that Myanmar Navy currently comes under the control of the Junta regime that had ousted the democratically elected government and has been ruling the country since then. The military takeover was met with massive public protests that resulted in a lethal crackdown by security forces who routinely fire live ammunition into crowds. According to a tally kept by the independent Assistance Association for Political Prisoners, at least 1,167 people have been killed in the protest. Despite mounting pressure domestically as well as globally, the Junta leader, Min Aung Hlaing, refused to step down from his post.