As many as 51 people have already lost their lives in less than a month since the start of monsoon as floods, landslides, and inundation wreak havoc in Nepal. 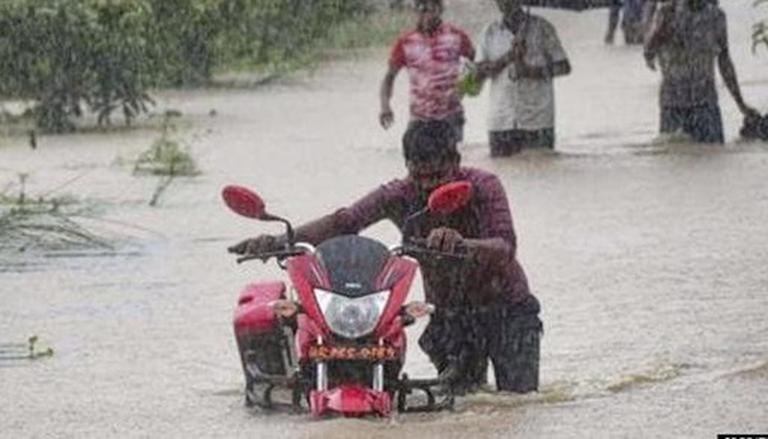 
The Himalayan Nation, Nepal has been witnessing heavy floods, landslides and, inundation induced by heavy rainfall for more than a month now. The country has seen as many as 51 people dying due to the disastrous condition. Flash floods triggered by heavy rains have claimed the lives of many people including children.

As per the data issued by the Health Ministry in the month of June, major destructions were witnessed in the Sindhupalchok and Manang districts.

People affected by the floods in Nepal

Talking to ANI, a wood architect of Bhaktapur in Nepal, Ram Krishna Shilpakar said, "It's been about a decade that I am running my business here, it's a phenomenon that takes place annually." "On an annual basis, I have been incurring losses of about 30 to 40 thousand. Machines stop working after submerged in water, other materials and essentials used for produces gets soaked and damaged. We cannot come and work in such situations which ultimately would increase loss. Also, flood water dumps wastages inside, forcing us to shift to other places," he added.

Another flood victim Krishna Kumar Ranjitkar said, "Every single year, that too for over dozen times, we have been facing inundation in the area. We have to go through this situation time and again." Other than Shilpakar and Krishna Kumar, there are many other people affected by the floods and had to face huge losses. Also, the havoc has destroyed fields and houses which are now submerged in the water.

The monsoon which has now taken a destructive form has also affected the roadways and highways disrupting traffic for hours.The Nepal Police Headquarters have recorded the death of 26 men, 15 women, and 10 children, reported ANI.

A similar kind of annual rainfall pattern is witnessed every year in the country from June to August which often results in rivers and tributaries overflowing and sweep away landmasses. Meteorologists of Nepal and other South Asian Nations have forecasted that the monsoon for the year 2021 will arrive earlier than last year.

According to Nepal's Meteorological Forecasting Division, the monsoon already started in Nepal from 1st June and will continue for about 3 months.