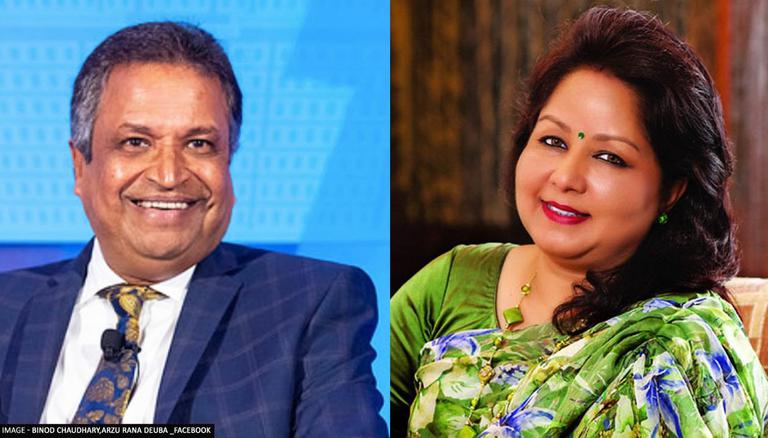 
Nepal’s first billionaire, Binod Chaudhary, and the wife of PM Sher Bahadur Deuba, Arzu Deuba, are among the five new members of the Central Working Committee (CWC) of the ruling Nepali Congress. According to PTI, the party informed that the 14th General Convention of the party saw the election for 13 CWC members and office bearers of the Nepali Congress. It added that out of all the five new members, Mukta Kumari Yadav from Dhanusha district of southern Nepal, who got elected to the CWC under the Madhes women's quota, secured the highest votes in the NC general convention.

“Five leaders, including industrialist Binod Chaudhary, the only Nepali to have been listed by Forbes as the billionaire, have been elected as Nepali Congress Central Working Committee members under Madhes quota,'' the statement from the party said.

''By securing 3,960 votes out of a total 4,671 votes, Mukta Kumari Yadav even beat ShasankaKoirala, who got 3,936 votes. Yadav is also a former member of the Upper House representing the Nepali Congress party,'' it added.

Further, the Nepali Congress said that Binod Chaudhary secured the second position with 2,522 votes. The other three elected CWC members under the Madhes quota are Chandra Mohan Yadav - son of Nepal’s first President Ram Baran Yadav; Dinesh Yadav and Mahendra Kumar Roy. the statement informed that Arzu Deuba had been elected as CWC member under the Women’s quota in the general election convention.

This comes after Nepal PM Sher Bahadur Dueba last week got elected for the second tenure as the Party President. PM Deuba secured a majority of 2,733 votes out of 4,623 votes that were cast, ANI reported citing election officer Sunil Pandey. The party presidency was challenged by five other contestants Dr Shekhar Koirala alongside three other candidates running for president of the Nepali Congress. While Koirala secured 1,702 votes, other candidates like Bimalendra Nidhi, Prakash Man Singh and Kalyan Gurung bagged 249, 371 and 22 votes, respectively in the first round of the 14th General Convention of Nepal Congress.