Netanyahu's Possible Plea Deal Could Force Him Out Of Israel's Politics, Says Report

Chances of former Israeli Prime Minister signing the plea deal are high as he wants to "leave the matter behind him,” a report stated citing the unnamed sources 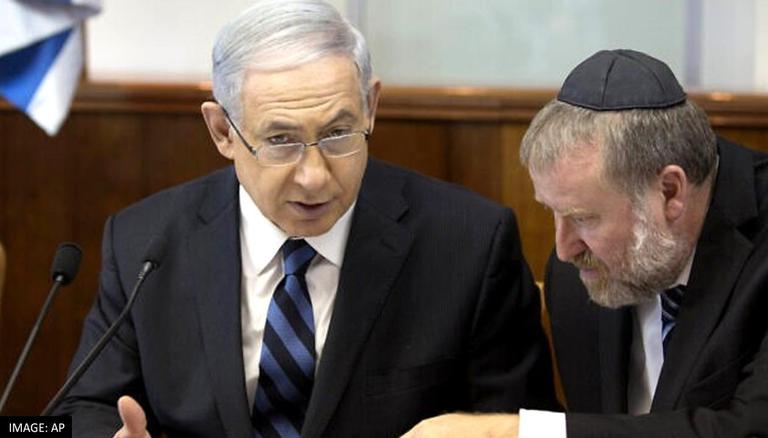 
Israel's state prosecution believes that the former prime minister Benjamin Netanyahu will sign a plea deal within days with Attorney General Avichai Mandelblit which will keep the former Israeli prime minister out of public service for seven years in exchange for escaping consequences, political sources told the Israeli press on Friday. Doors for politics will shut for the 74-year-old ex-Israeli leader for a significant period of his life in exchange for an agreement to end his corruption charges' woes. Israel's left-wing, centrist and right-wing parties that formed a government at least seven months ago intended to oust Netanyahu from power as they did not include Israel's largest party led by Netanyahu, 'Likud' citing the leader's corruption cases.

And now, the so-called ‘secret’ talks between the outgoing Attorney General and Netanyahu were leaked by the journalist Ben Caspit, and Channel 13 reported that the former Israeli leader was sent a legal assessment that outlined that the key state’s witness Nir Hefetz’s testimony has proven effective in graft cases and that another of the state’s witness, Shlomo Filber, could also prove detrimental for former tel Aviv leader.

The explosive report by Channel 12 cited unnamed officials and "sources involved in the details of the plea deal,” who, it said, spoke on condition of anonymity, and revealed that Netanyahu has finalised a deal and an agreement could be struck as early as next week. Chances of the former Israeli Prime Minister signing the plea deal are high as he wants to "leave the matter behind him,” the network reported, adding that Attorney General Mandelblit "strongly distrusts" Netanyahu and wants an agreement.

“Among the obvious advantages of such a plea bargain for Netanyahu is that it would keep him out of prison, would end his trial ordeal sooner rather than later, and would spare him further potential damaging testimony," Times of Israel's David Horovitz explains.

Haaretz newspaper further elaborates that the deal for Netanyahu has been on the table all along, but at this moment, the ex-PM is more worried about the new attorney general whom Justice Minister Gideon Sa’ar may not allow the same leeway that Madelblit exercises now. The outcomes may be ten folds worse for the former Israeli leader.

Mandelblit had earlier rejected the former prime minister's attorneys’ proposal to exchange drafts of an amended charge sheet. He insisted that Netanyahu must agree to the looming danger of conviction in the fraud and breach of trust Case 1000 and Case 4000. Netanyahu has also been linked to a defence scandal related to the $2 billion dollars purchase of warships and submarines from German conglomerate ThyssenKrupp. His trial formally opened in May 2019 at a Jerusalem district court where he denied the bribery, fraud, and breach of trust charges against him.

Netanyahu is also accused of bribing the media and gaining favours from prominent business tycoons. He was the first-ever Israeli Prime Minister to go under trial while serving a term. His case was postponed for hearing and he appeared in the court for the first time in over half a year in November 2021.

The report claimed on Friday that the Supreme Court president Aharon Barak has wanted Mandelblit to make the deal, “believing that the public interest in a plea deal is greater than the interest in the trial moving forward.” The deal will scrap the bribery charges from the graft cases but the former Israeli leader would have a conviction including "moral turpitude” that will bar him from public life forcing him to quit Knesset, the unicameral legislature of Israel for at least seven years and end his political career.