Nicaragua Ends Diplomatic Relations With Taiwan, Says 'there Is Only One Single China' 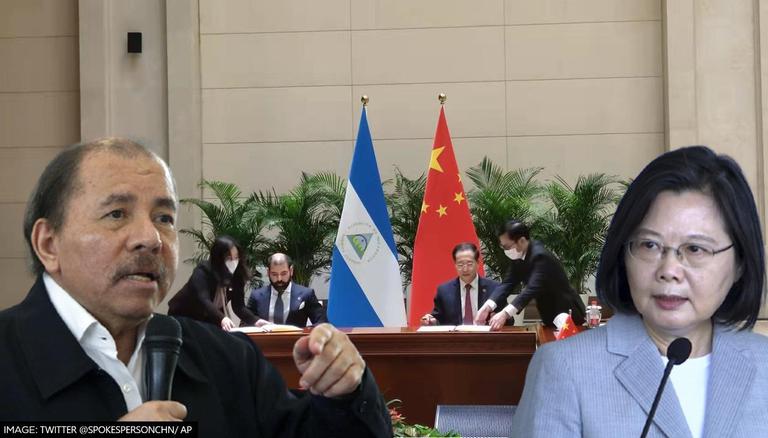 “This is the right choice that is in line with the global trend and has people’s support. #China stands ready to work with #Nicaragua on enhancing friendly cooperation in various fields to the benefit of our two countries and peoples,” the Chinese Foreign Ministry spokesperson said.

The People’s Republic of #China and the Republic of #Nicaragua have decided to recognize each other and resume diplomatic relations at the ambassadorial level. pic.twitter.com/qfZl2bAc4m

Separately, Nicaragua's Foreign Ministry informed that the nation on Friday broke diplomatic relations with Taiwan and ceased to have any contact of an official relationship. Nicaragua “recognises that there is only one single China,” the ministry said. It also added that the People’s Republic of China is the only “legitimate government representing all of China and Taiwan is undoubted part of the Chinese territory”.

“The government of the Republic of Nicaragua breaks diplomatic relations with Taiwan as of today and stopped having any contact or official relationship," Foreign Minister Denis Moncada said in a televised announcement.

On the other hand, following the announcement by the two nations, Taiwan said that it was “deeply saddened” by the decision, adding that Nicaragua had “disregarded (their) many years of friendship”. Taiwan’s foreign ministry further expressed “pain and regret” at the news. It said that it would, in turn, sever diplomatic ties with Nicaragua, halt bilateral cooperation, and evacuate staffers from the nation. While referring to Nicaragua's recently re-elected leader Daniel Ortega, Taipei said, “The Ortega presidency disregarded the long-term friendship between Taiwanese and Nicaraguan that shared weal and woe. We are very sorry to see that."

"Taiwan as a part of international society has the right to diplomatic relations with other countries. We will continue to promote "Steadfast Diplomacy" to expand our international surviving space, dedicating ourselves into maintaining regional peace and stability, fighting for the international status that we deserve, and protecting this nation's interests and the benefit of the people," the statement added.

It's with great regret we end diplomatic ties with Nicaragua. Long-standing friendship & successful cooperation benefiting the people of both countries were disregarded by the Ortega government. Taiwan remains unbowed & will continue as a force for good in the world.

Meanwhile, it is to mention that Nicaragua's announcement leaves a little more than a dozen countries worldwide that maintain official diplomatic relations with Taiwan. Now, according to the BBC, Taiwan’s list of international allies has dwindled from 21 down to 14 since President Tsai-Ing Wen took office in 2016. China sees Taiwan as a breakaway province to be reunified with the mainland one day. However, Taipei sees itself as a democratically-governed independent country, although it never formally declared independence from China.

WE RECOMMEND
Pentagon says China, Russia testing US policy on Taiwan & Ukraine amid heightened tensions
US: 18 Congressmen support bill calling for end of one-China policy & to support Taiwan
China warns US against providing 'Taiwan independence' a platform, says 'it will hurt you'
US, EU show interest in bolstering collaboration with Taiwan based on 'one-China' policy
Ukraine trolls Russia on Twitter amid rising border tensions; Taiwan throws in hat too