North Korea leader Kim Jong Un returned from one of his longest-ever breaks from the public eye as he visited a “utopian model rural city” project in the north. 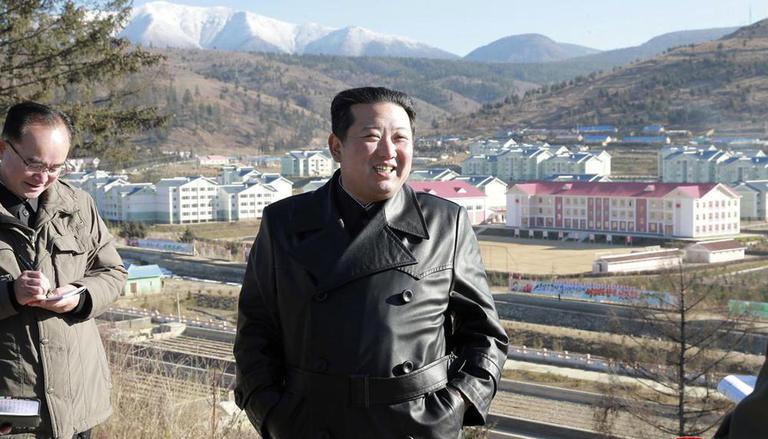 
North Korean leader Kim Jong-un returned from one of his longest-ever breaks from the public eye as he visited a “utopian model rural city” project in the northern region of the secretive nation. As per North Korean state media, Voice of Korea's report published on Tuesday, 16 November, Kim inspected the towns around Samjiyon on an unspecified date close to the northern border. Reportedly, the visit took place to understand the status of the “third stage” of a construction project that has included rebuilding every small town in the region.

The massive development project near North Korea’s border with China is epitomized by Kim as the country’s “iron will” to achieve prosperity in the face of international isolation and pressure. Additionally, North’s official Korean Central News Agency revealed that Kim Jong-un expressed satisfaction during the visit over the progress made in the construction. The Samjiyon city area is called the “sacred place of the sun” by Kim. Reportedly, Samjiyon is at the foot of Paektu Mountain, the centre of North Korea’s foundation myth surrounding the Kim family. It is described by the official narratives as the spiritual leader of the North Korean revolution.

Reportedly, building Samjiyon into a “model cultured city” was one of the prime focuses of a nationwide construction campaign that North Korea had aimed to complete by the 75th anniversary of its ruling party’s founding in October 2020. However, as per the Associated Press, the construction was staggered due to the COVID-19 pandemic triggered border closures and global sanctions over North Korean leader’s nuclear weapon and missile programs.

Meanwhile, Kim has been battling to overcome what looks like to be the toughest period as a leader with self-imposed COVID-19 lockdown creating a further shock for an economy crippled with sanctions and decades of mismanagement. North Korean state media has noted that the construction at Samjiyon could be finished by the end of this year, giving the country’s supreme leader a much-needed trophy achievement as he nears ten years of his leadership since taking power in December 2011.