'Our First Target Is To Destroy Pakistan': ISIS-K Blames Islamabad For Afghanistan Chaos

A Daesh member, Nazifullah, also said that the ISIS-K has the competence to wreak havoc on the state of Afghanistan despite being outnumbered by the Taliban. 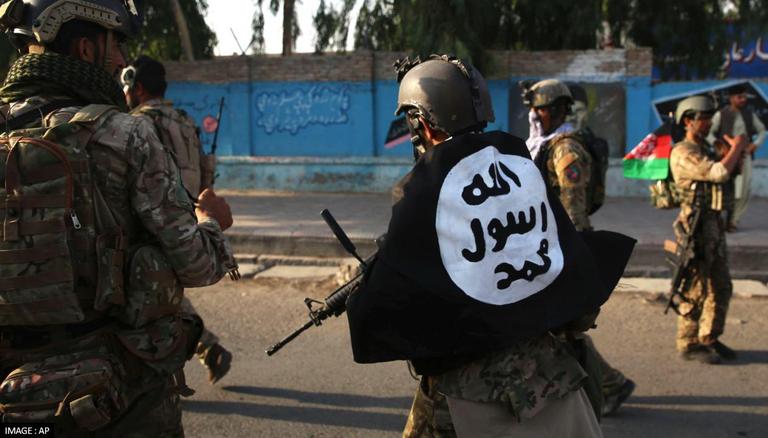 
In a breaking development, Afghanistan's Islamic State - Khorasan (ISIS-K) also known as Daesh-Khorasan, has stated that its hardline objective remains intact. While referring to the goal as the implementation of Sharia laws, ISIS-K warned that whoever went against Islam or defied the Quran will face the terror organisation's wrath.

"Our first target is to destroy Pakistan because the main reason for everything in Afghanistan is Pakistan. When the taliban were here (even as the previous government still reigned), they were saying that we control 80 per cent of the country, but they were not implementing Islamic rulings. That is why we stood up in we started (ISIS-K) over here in this area," Knewz quoted Nazifullah, a member of ISIS-K as saying.

Afghanistan has gone from bad to worse since Taliban took helm in August 2021: ISIS-K

In addition, Nazifullah accused the Taliban of 'destroying the country' and claimed Afghanistan has gone from bad to worse ever since the terrorist group took control of the nation.

"We want to implement Shariah Law. We want to implement the way our Prophet was living, the way he was clothed, the dressing hijab was there. Currently, we do not have much to fight. But, if you give me anything, I am going to fight Pakistan now," he was quoted as saying.

It is pertinent to note that the concerned ISIS-K member, Nazifullah, is a wanted terrorist by US-led troops, the defunct Afghan Armed Forces, and the hardline Taliban as well. Similar to others joining the ISIS caliphate, Nazifullah stated that he joined it as he was tired of the lack of truthfulness of the Taliban regime.

"We kept asking the Taliban to show us a video of Mullah Omar, but we could not get any. This why Daesh here was created. They seemed truthful and said they were going to implement Shariah law, so that is why I joined them," Knewz reported Nazifullah as saying.

READ | Afghanistan: 'We have implemented all conditions for int'l recognition', claim Taliban

The 24-year-old Nazifullah further said that the ISIS-K has the competence to wreak havoc on the state of Afghanistan despite being outnumbered by the Taliban, Knewz reported. The number of Taliban operatives on Afghan soil is estimated to be nearly around 70,000, whereas the ISIS-K terrorirts are said to be at around the 2000 mark, as per US intelligence bodies.

Therefore, to establish that ISIS can hold the fort, terror group Daesh has been targeting not only the Taliban members but the civilians since the Taliban's absolute territorial gain on August 15. The ISIS-K has waged a deadly spate of suicide attacks and bombings across various Afghan provinces which have claimed over a dozen of innocent lives, particularly the minority Shia section. The suicide attack at the Hamid Karzai International Airport in Kabul is one such incident.

Also, Nazifullah told Knewz, a news aggregator, that he is unclear about the number of ISIS terrorists in the war-ravaged Afghanistan as he was behind bars at Bargram prison, arrested by the Aghan government until he was released by the Taliban government.

While pledging his allegiance to Abu Bakr Baghdadi, who is reportedly dead, Nazifullah revealed that the ISIS-K members are joined by international cadre of jihadists hailing from China, Pakistan, Russia, Tajikistan, Uzbekistan. He further stated that fellow members of Daesh are sent to eatern Nangahar province for training. However, the Taliban has repeatedly denied the presence of ISIS on Afghan soil and even claimed victory over the terrorist organisation.