In his recent statement, German Ambassador to India Philipp Ackermann slammed China for claiming Arunachal Pradesh as its integral part. 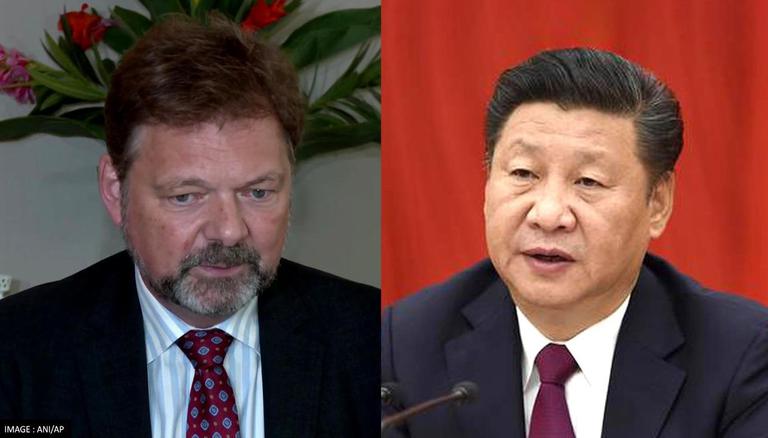 
Germany's Ambassador to India Philipp Ackermann slammed China for claiming its rights over Arunachal Pradesh and termed Beijing's actions "outrageous". Speaking to ANI, he stated that infringement at the border is a serious issue and should not be accepted in any case.

"We are very well aware of problems at the northern border. China claims that Arunachal Pradesh is an integral part of China, which is outrageous. So, I think that the infringement at the border is extremely difficult and should not be accepted," Ackermann remarked.

The German envoy further clarified that the India-China border issue is different from the ongoing issue between Russia and Ukraine. "You should also differentiate that what happens at the border with China has nothing to do with what happens in Ukraine. China doesn't hold 20% of Indian territory, it's not destroying systematically every village, every town in the area," Ackermann told ANI. He further stated that the Ukraine war has a number of global repercussions, and India fully acknowledges that this is a "violation of international law."

READ | India-China ties should be based on '3 mutuals': Jaishankar to Chinese counterpart Wang Yi

We're very well aware of problems at the northern border. China claims that Arunachal Pradesh is an integral part of China, which is outrageous. So, I think that the infringement at the border is extremely difficult and should not be accepted: Philipp Ackermann, German Ambassador pic.twitter.com/PLj5TTXth9

According to the German Chancellor, India is also facing issues on its northern border and the matter keeps arising every couple of years. "But I think when we talk with the Indian side, there is understanding that the international order should be held up and preserved," Ackermann remarked. Notably, the Indian government has categorically rejected China's allegation that Arunachal Pradesh is part of South Tibet, saying that the northeastern state is an integral part of India. The 3,488 km long Line of Actual Control (LAC) is the subject of the India-China border dispute.

Meanwhile, Chinese Ambassador to India Sun Weidong stated that New Delhi and Beijing need to come together as "partners rather than rivals." His statements came as India's relations with China have remained strained since the border conflict in May 2020 in Eastern Ladakh. The Chinese Ambassador spoke about the relations between the two countries on the sidelines of a seminar in Bengaluru titled 'Interference of the US imperialist in the internal affairs of the People's Republic of China' on Monday, August 29.

READ | EAM Jaishankar avers future of India-China ties will be determined by 'state of border'
First Published: 30th August, 2022 14:41 IST
SUBSCRIBE TO US